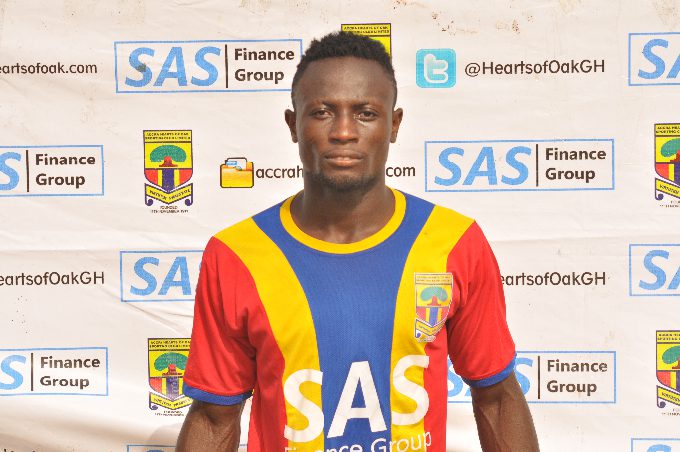 Maxwell Boakye will be handed a month?s suspension.

Hearts of Oak?s striker Maxwell Boakye will be suspended for month after admitting his forged the signature of a teammate to withdraw money from his account.

Boakye took GHS 200 (US$ 70) from the account of young goalkeeper Kingsley Kissi from the Dansoman branch of Bank of Africa.

According to sources, the money was to be given to the striker?s girlfriend for her to go see the epic boxing bout between Bukom Banku and Ayittey Powers last Thursday night.

?It is true such an incident happened. The bank and our third-choice goalkeeper Kissi were able to identify the forged signature was done by his fellow teammate Maxwell Boakye with the aid of a CCTV camera,? Hearts of Oak?s spokesperson Muheeb Saeed said.

?The case was handed over to the Police who attempted to pick him up at the training grounds. We however intervened after he admitted to the crime and will be meting out punishment to him internally.?