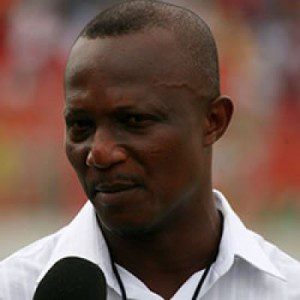 The Black Stars trainer will be naming a provisional 30-man squad for June?s tournament in Brazil on May 12. Several names have been bundled around in the media as Appiah?s choice for the tournament.

The soft-spoken coach and the Ghana FA however insist the original provisional World Cup squad will only be announced at a briefing on May 12. There are however subtle allegations coach Appiah has colluded to name some players in his squad for financial gains.

But GFA Ex.Co member George Afriyie is adamant the coach will make the right calls since he is one of the most paid personalities in the country.

?I have sat down to do a thorough analysis of the coach?s salary and I don?t think even the President of Ghana earns as much as the coach,? he told Metro FM.

?And therefore if I hear that Kwesi Appiah has taken money from a player just so he names that particular player in his squad then he must be a wizard.

?He is well catered for in terms of money so why would he take monies from players?? Many are counting on Kwesi Appiah to select the best available players to ensure Ghana?s success at the 2014 World Cup in Brazil. The Black Stars have carved an excellent niche for themselves in their previous participation at the finals.

Ghana have in both previous appearance at the World Cup been the lone shining star amongst African teams and are expected once more again to excel in Brazil.