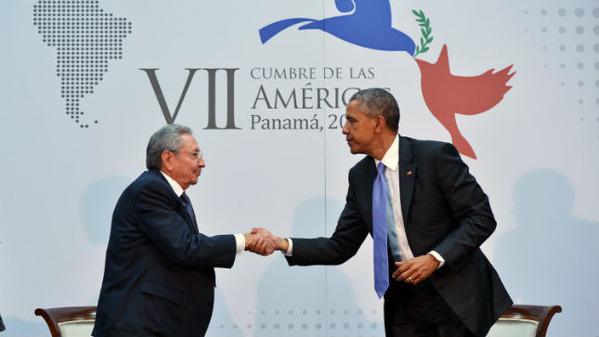 HAVANA, May 11 (Xinhua)– Visiting French President Francois Hollande on Monday urged the U.S. economic sanctions on Cuba to be lifted as they have caused “so much damage.” “France should do whatever is necessary to allow new decisions to be made, that confirms the opening up of Cuba, so that these sanctions that are so damaging to Cuba can at last come to an end so that every country can be respected for its own identity,” said Hollande at the University of Havana during a conference attended by Cuban Vice President Miguel Diaz Canel. (Cuba-France-Visit)
– – – –
WASHINGTON — Secretary of State John Kerry will visit China and the Republic of Korea in the coming days to discuss a range of issues, including their presidents’ upcoming visits to the United States, the State Department said Monday.
During his stay in Beijing on May 16-17, the top American envoy will meet with senior Chinese leaders to “advance U.S. priorities” ahead of a new round of Strategic and Economic Dialogue with China and discuss President Xi Jinping’s state visit in the fall, the agency said in a statement. (U.S.-Kerry-China)
– – – –
UNITED NATIONS — UN Secretary-General Ban Ki- moon on Monday told Ukrainian President Petro Poroshenko over the phone that he will consult with the Security Council members on possible establishment of a UN peace support office in Ukraine.
In the telephone conversation, the two discussed the importance of implementing fully the February 2015 Minsk package and also how the UN could support the implementation of the agreement, according to a readout of the conversation. (UN-Ukraine-Peace Office)
– – – –
KHARTOUM — Dozens were killed and others injured when violent clashes erupted Monday between the Rezeigat and Ma’alia tribes in Sudan’s East Darfur State, according to tribal leaders and eyewitnesses.
“Great numbers of armed members from the Rezeigat tribe attacked a number of Ma’alia areas in East Darfur State,” Azraq Hassan, a leader from Ma’alia tribe, told Xinhua over phone from east Darfur Monday. (S.Sudan-Darfur-Clash)
– – – –
TEHRAN — An Iranian aid ship disembarked from the southern Iranian port city of Bandar Abbas Monday, heading for Yemen’s way, Press TV reported.
The vessel, called Rescue Ship, contains 2,500 tons of food supplies and medicine donated by the Iranian Red Crescent Society, according to the report. (Iran-Yemen-Aid Ship) Enditem