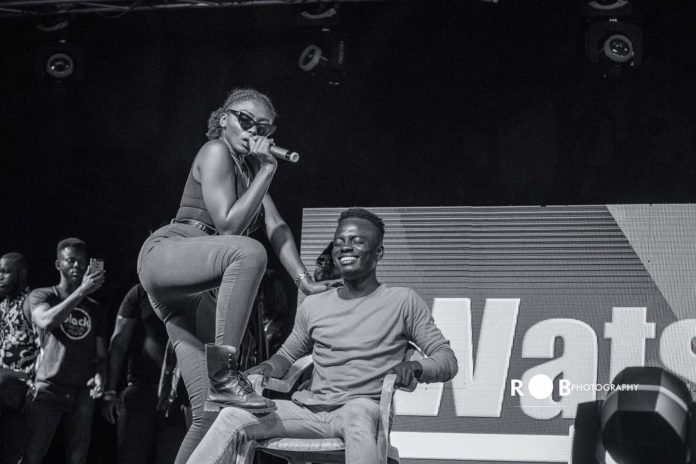 As the University of Ghana’s Legon Hall came to a standstill, it was obvious history was being written as WatsUp TV, leading pan-African entertainment TV Show hosted a Concert to climax the 66th Hall Week Celebration of the Legon Hall in Accra.

The mega concert which took place at the University of Ghana campus saw headline act, Davido’s record label mate and Afrobeat Artiste Mayorkun flying from Nigeria to deliver a sterling performance to the awe of his fans in Legon.

Kidi, an alumni of the Legon Hall also made an appearance to surprise fans as he joined Mayorkun to perform their hit collaboration Odo Remix for the first ever time.

The concert which took place on 17th March, 2018 has also being rated by fans as one of the best hall weeks for 2018 so far.

Kidi, Sarkodie And others Battle For VGMA Artiste Of The Year Award

“Love You”: Another Heartfelt Romantic Track From Bisa Kdei, Kidi