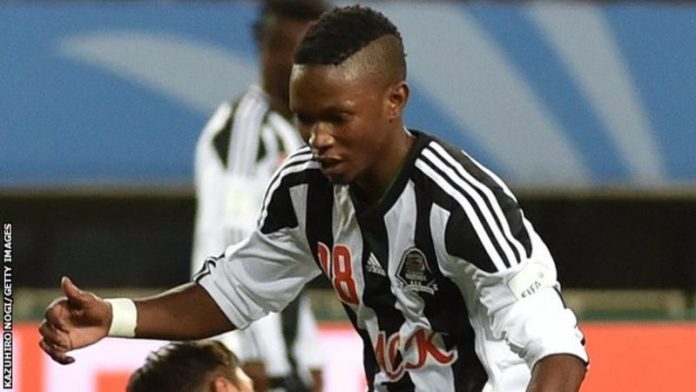 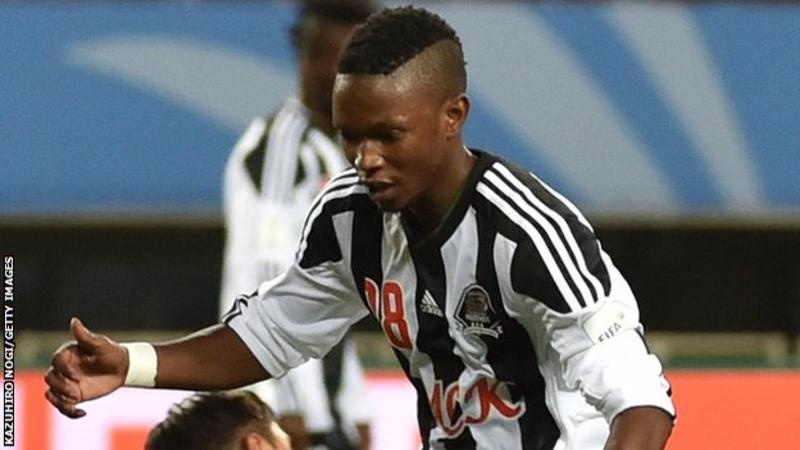 Zambia international Rainford Kalaba scored twice as TP Mazembe of the Democratic Republic of Congo beat Algeria’s Mouloudia Bejaia 4-1 at home on Sunday to win the African Confederation Cup for the first time.

Mazembe made sure of the win having held their opponents to a 1-1 draw in Algeria in the first leg of the final last weekend.

They won the final 5-2 on aggregate, to add the Confederation Cup to their list of honours after winning the African Champions League in 2015.

On Sunday, Mazembe went ahead in Lubumbashi after just seven minutes through Merveille Bope who reacted quickest to a Jean Kasusula free- kick which hit the woodwork.

Zambia international Kalaba (pictured) hammered home a volley on the stroke of halftime to make it 2-0 and scored again just after the hour mark to put the result beyond the Algerians, appearing in their first continental cup final.

Bejaia scored a consolation goal in the 75th minute from Sofiane Khadir but the three-goal advantage was restored within 60 seconds by Jonathan Bolingi.

Mazembe were eliminated early in the defence of their African Champions League trophy this year and dropped down to the continent’s second tier club competition.

They will receive $660,000 following their Confederation Cup triumph with Bejaia receiving the runners-up prize of $462,000.

Mazembe will now play this year’s African Champions League winners, Mamelodi Sundowns of South Africa, in the 2017 African Super Cup on the weekend on 17-19 February.