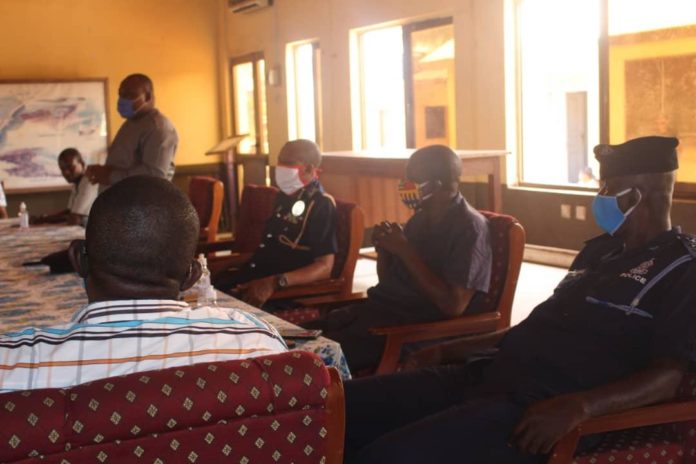 Mr Godwin Edudzi Effah, the Municipal Chief Executive (MCE) for Keta has appealed for the establishment of a unit of the Marine Police of the Ghana Police Service at Keta to help curb fishery infractions in the Municipality and adjoining areas.

He said it was important for the coastal municipality with a good number of its people being fisher folks to have the unit to prosecute perpetrators of Illegal Unreported and Unregulated (IUU) fishing practices including the use of under-size mesh, light fishing and fishing with explosives.

Mr Effah was speaking at a meeting attended by chief fishermen, officials from Marine Police and the Municipal Assembly to dialogue on fishing-related issues including illegal fishing.

Coastal Volta which spans from Aflao in the Ketu South Municipality to Anyanui in the Anloga District has no fishing enforcement unit to enforce fishing laws and has to depend on the one based in Tema, making follow up on complaints of infractions almost impossible.

This situation, fisher folks blame for the continuous fishing infractions in the region’s waters.

It is reported that recently some trawlers engaged in light fishing in the Keta areas, thus impacting negatively on the catch of small-holder fishmen with the latest occurring on March 23, 2020, where members of Vodza Landing Beach Committee alleged that they observed a trawler dumping juvenile fishes into the sea.

The MCE said aside the establishment of the unit in the area it would help in enforcing compliance with fishing laws, “Keta has been declared a port zone and so we need the unit to ensure security.”

Mr Seidi Iddi, Director of Marine Police welcomed the request from the MCE for their presence in the area saying, he would table the request before the Police Administration since it will be in the interest of the country to spread out the unit.

“It shouldn’t just be in Tema and Takoradi alone because Ghana is endowed with 550 nautical miles coastline from Aflao to New Town, Half-Assini. We need to be out there to offer support.

There’s a lot of IUU fishing practices and we need to be there to fight it so that our fishermen can go out to sea and come back with abundant catch.

“Security wise, we need to have Marine Police to be the watcheye over the ocean so that in case of anything, they’ll be the first to take action,” Mr Iddi added.