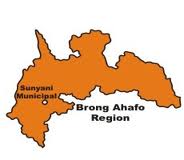 A Network aimed at helping to improve on local government accountability in the Nkoranza South Municipality was on Thursday inaugurated at Nkoranza in the Brong-Ahafo Region.

The Citizens Committee Network (CCONET) is made up of 50 members selected from four farming communities in the Municipality.

The Committee was set up by the Advocates for Community Alternatives (ACA), a Non-Governmental Organisation working to help communities that are threatened by destructive impacts of extractive industries to drive their future.

Its formation is in line with a comprehensive and intense project being implemented by the ACA in the Municipality.

Titled “Facilitated Collective Action Process (FCAP), the project is a community-driven development tool that empowers communities to come together to make development decisions for themselves.

Ms Diana Ataa-Kusiwaa, the Nkoranza South Municipal Chief Executive lauded the network, saying it would augment the work of the Assembly members and help to reach out to identify and address the needs of the localities.

She said the work of the Committee would be successful if members were well-informed on the decentralisation concept and the New Local Government Act 932.

Ms Ataa-Kusiwaa urged the Committee to guard against resorting to confrontational methods of seeking information from duty-bearers to deepen their working relationship with authorities at the Assembly.
She added that if the committee worked effectively, it would become an important alternative to promote good governance in the Municipality.

Nana Ama Osei Kyei-Baffour, Ghana Programmes Director of the ACA said development could easily speed up if community members and the Municipal Assembly came together to take collective action and find solutions to common emerging problems.

So, CCONET is a strategy to build on community advocacy tool a well formidable network of citizens who would work with both communities and local government to ensure accountability among all stakeholders in the community.

Nana Kyei-Baffour said the network worked in the interest of both the Assembly and the communities, and expressed the hope that authorities at the Assembly would cooperate with it for mutual benefit.