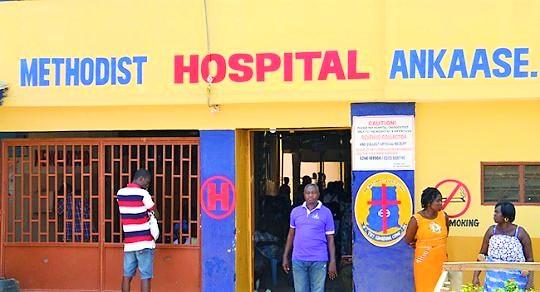 The Methodist Church Ghana (MCG) is to establish two new health facilities at Achiase and Moseaso in the Ashanti Region.

The Right Reverend Christopher Nyarko Andam, Kumasi Diocesan Bishop of the Church, said the projects were being strategically located to make healthcare services accessible to the grassroots.

He hinted that the Church had over the last six years embarked on an aggressive push for expansion in its health facilities in the Region, and currently boasts of three fully-accredited hospitals and seven clinics, which were all functional.

Delivering an address at the 60th annual Synod of the Diocese in Kumasi, the Rt. Rev. Nyarko Andam said the Church existed to solve problems.

Therefore, it would continue to complement the Government’s efforts in providing quality healthcare to the people.

“Our health facilities now have six well-equipped theatres as against one that I inherited,” he told the Synod, adding that all the above-mentioned facilities also had resident Medical Doctors.
The cost of constructing the new theatres was within the range of GH¢3.5 million, he stated.

Highlighting the Church’s vision concerning healthcare delivery, he said the leadership had reached the advance stage in its plans for work to commence on the establishment of a Dental Nursing Training School in the Region.

“We are about 90 per cent through with our organization and preparations. Synod was informed last year that our institution will be the first of its kind in the country,” he noted.

The clinical aspect of the Dental Department will be commissioned soon, according to the Diocesan Bishop, stressing that frantic efforts were being made towards the opening of the School.

Rt Rev. Nyarko Andam said the achievements were made possible not only because of the increase in the Church’s internally-generated funds, but largely due to the support of some partners, mainly from the United States (US), Germany and the United Kingdom (UK).

“Partners from the US donated a brand new Ambulance worth GH¢300,000. Additionally, they sponsored the construction of the Dental School block to the tune of GH¢870,000.

“Other medical equipment received as donations from Germany is around two million Ghana Cedis (GH¢2,000,000.00),” the Diocesan Bishop stated.

He hinted that a group of Ghanaians in the UK, mostly working in the medical field had teamed up as a Non-Governmental Organization (NGO), and helping the Church with technical expertise in terms of training and provision of equipment.

The Church, he said, was grateful to those donors for their philanthropic deeds and outreach programmes.