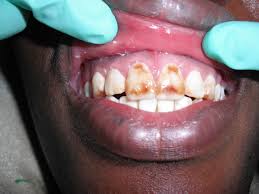 The Medical and Dental Council (MDC) on Saturday inducted 167 newly qualified professionals into service at a ceremony in Accra.

Others were also foreign trained professionals from countries including Ukraine, China, Belarus, Venezuela, Russia and Cuba, who had written and passed the Council’s registration examinations.

Dr Eli Kwasi Atikpui, the Registrar of Medical and Dental Council, conducted a roll call of the inductees and officially presented them to the Chairman of the Board, confirming that they had all satisfied the requirements of the Council to enable them to practice in Ghana.

Professor Paul K. Nyame, the Chairman of the Ninth Board of the Medical and Dental Council, administered the Hippocratic Oath (the Physician’s Oath), while a representative of the Minister of Health, led them to recite the National Pledge to reaffirm their commitment to duty and service to humanity.

Their Oaths binds them to practice the profession with conscience and dignity and to respect the secrets, which would be confided in them, even after the death of their patients.

Prof. Nyame, in an address, congratulated the inductees and admonished them to forsake greed and maintain a high standard of competence.

He said the negative attitudes of some practitioners and the growing levels of public perceptions of lack of professionalism, especially among young Ghanaian doctors, was gradually eroding the credibility, envy and good reputation earned of the years, which was tarnishing the image of the country’s students abroad.

He noted that although the country must strive to attain a good doctor-patient ratio to attain Universal Health Coverage, it ought to be done in a manner that would not compromise the quality and credibility of the profession.

Prof. Nyame said the MDC was concerned about the falling standards at the various health training institutions and was, therefore, collaborating with their authorities to revise the curriculum and address other challenges contributing to those poor outcomes.

He bemoaned the incidences of financial inducements that had accounted for the large number of student intake, leading to poor grades.

Presently, the criteria for admissions into the medical and dental schools tend to disqualify many bright students who would have, otherwise, become good health professionals.

However when these same students were lucky to get sponsorship to pursue their courses abroad, they sometimes come out better than their Ghanaian counterparts, Prof. Nyame said.

He called on all stakeholders, including the media, to join hands in finding a lasting solution to the current challenges both at the training levels and healthcare delivery points, where nothing but the best should be expected.

Mr Kwaku Agyeman-Manu, the Minister of Health, in an address read on his behalf, spoke about the current imbalance in the rural-urban postings of doctors and other health professionals, and advised parents not to interfere with or influence the posting of the inductees.

He advised the doctors to accept that it did not matter where they were posted, but must rather understand that the good services they would render at those places could be their point of breakthrough.

He said the Government was poised to collaborate with stakeholders to provide solutions to institutional, facility and accommodation challenges for all housemen and their seniors already in practice to make their work easier, which would lead to a reduction in the “brain drain” of professionals.

The Health Minister advised the health workers against the use of industrial action, which, he said, should be the last resort and urged them to learn to resolve problems systematically.

He reminded them that “the health profession is all about service to humanity and saving lives, thus a skeleton staff must always be put in place should the need arise in such times, to prevent deaths of innocent patients.”

There were also pieces of advice from some senior practitioners, which re-echoed the words in the Physician’s Oath and National Pledge, and admonished the newly qualified practitioners to respect and be ready to learn from their other working colleagues.

They urged them to set their own standards and not to copy from others and take good care of their own health too.

The inductees were reminded of the present high legal knowledge of the clientele and the need for them to maintain high standards of professionalism, avoid the MDC’s Disciplinary Committee, and seek continuous upgrading of their professional knowledge.