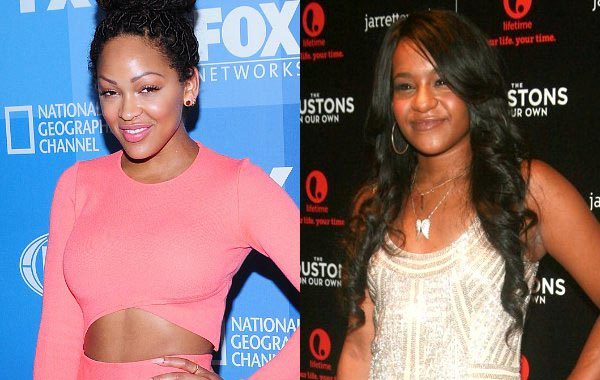 Meagan Good called on her fans to pray for Bobbi Kristina Brown who is currently being cared for at a Georgia hospice center. The 33-year-old star took to Instagram earlier this week to share a snap of the ailing star, writing, ?I pray a prayer for this precious young woman. I urge everyone who has a kind heart to please join in with us with prayers lifted up.?

?I believe that prayer changes things. He already knows the desires of our heart, so He wouldn?t have us do it if it didn?t make a difference if aligned with His will,? she added. ?I pray that Dad will work a miracle. His will be done over all. @realbkristinahg.?

Bobbi Kristina was rushed to hospital back in January after being found unresponsive in a bathtub at her Atlanta house. In March, she was transferred to an Atlanta rehab center before she was moved to the hospice care last month.

Shortly after, Bobbi Kristina?s aunt Leolah Brown reacted to the ban in a lengthy Facebook post. She explained in the post that the picture ?was taken when NO other Brown was around her.? She continued, ?My brothers KNOW this and we have already determined who we are sure it WAS NOT! And believe me-IT WAS NOT A BROWN!?

Claiming she knew the incident would happen, Leolah assured people that she would do ?MY best to try to keep certain people away and at the same time keep the peace for my niece?s and brothers sake.? She added, ?I am just as shocked as you are when it comes to the status of my niece, Bobbi Kristina, even being in hospice. To the best of my knowledge, she was getting better!?