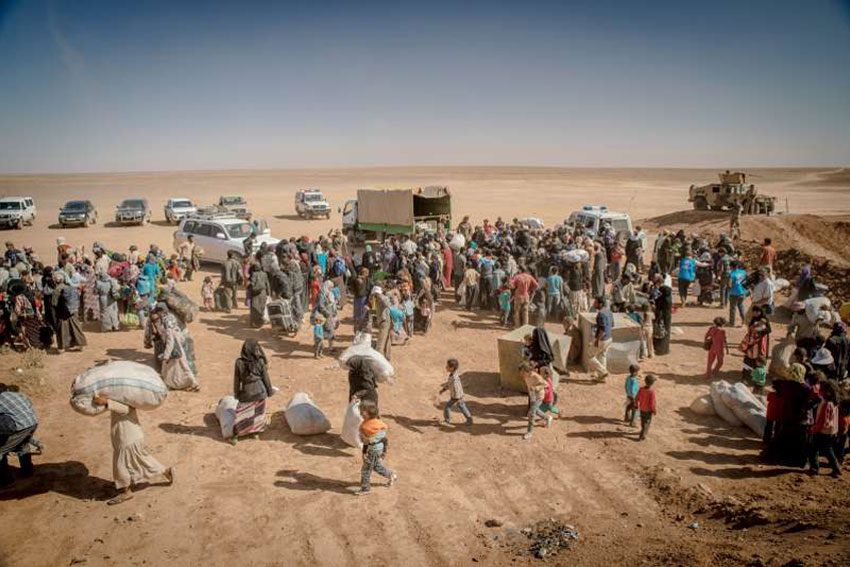 The United Nations High Commission for Refugees (UNHCR) on Saturday disclosed that isolation facilities were set up in all refugee camps across Ethiopia to temporarily quarantine possible suspected COVID-19 cases.

Ethiopia hosts about 769,310 refugees and asylum seekers as of July 31, constituting one of Africa’s largest refugee population, according to the UN refugee agency. Most of the refugees are accommodated in 26 refugee camps, largely depending on humanitarian assistance.

The UN refugee agency, in its situation update issued on Saturday, said that it is working to equip the isolation facilities and extend support to the Ethiopian government-run treatment centers, which are also accessible to refugees.

As of Saturday, the East African country reported 22,253 positive COVID-19 cases as the death toll due to illnesses related to the pandemic rose to 390, with growing community transmissions of the virus, according to the Ethiopian Ministry of Health.

The UN refugee agency also revealed that a total of 37,407 hand-washing stations have been installed in communal centers and households in all of the 26 refugee camps to promote regular hand-washing with soap. It also noted that some 140,000 surgical masks were distributed within the refugee camps, with an additional 200,000 masks to be distributed soon.

Over 2,150 health and community outreach workers have been also trained to help in awareness raising, case investigation and management, as well as mitigation, prevention and control of the virus, it was noted.

In the Ethiopian capital, Addis Ababa, which is considered to be the hotbed of COVID-19 infection in Ethiopia, the UN refugee agency stressed that it is supporting more than 27,500 urban refugees currently reside.

“The funding shortfall coupled with delayed delivery of international procurement orders for PPEs, medicines and medical supplies are among the key challenges hampering the response efforts,” the UN refugee agency said.

The UN refugee agency also warned that the extended closure of schools “has the potential to adversely affect the development, safety, and well-being of children, especially in the camps where schools play an important role in child protection and promoting peaceful coexistence.”

The Ethiopian government had earlier this week launched a month-long mass COVID-19 testing campaign that envisaged to have a clearer picture of the COVID-19 situation in the country which, according to the country’s Prime Minister Abiy Ahmed, will inform the government’s decisions in the new year which, begins on September 11.