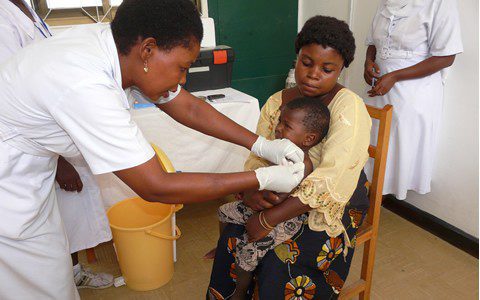 A Media Coalition comprising of selected journalists and editors, has been launched in Ghana under the umbrella of the “Zero Malaria Starts with Me” campaign to eliminate malaria by 2030.

The Coalition, which aimed to enhance the quality and quantity of malaria coverage, and support broader advocacy efforts, was launched at a workshop in Accra organized by the National Malaria Control Programme (NMCP), in collaboration with the African Media and Malaria Research Network and Speak Up Africa, an advocacy and communication Organisation based in Senegal.

The workshop brought together media personnel from across the regions, who nominated their Regional Executives, with two National Co-Chairpersons coming from Greater Accra.

The Members of the Coalition, made a firm declaration of their commitment towards the elimination of malaria in Ghana by the year 2030, by championing the fight, taking responsibility for their roles through proactive, regular, accurate, and high-quality media output of news on malaria.

They also pledged to widely disseminate life-saving information to populations, generate positive energy around the prospect of malaria elimination, and drive the national conversation, while holding decision-makers to account by reporting on commitments made, as well as progress towards meeting both national and global targets.

Dr Keziah Malm, the Programme Manager of the NMCP, together with the other partners, swore in the maiden Executives of the Coalition, congratulated them for availing themselves for the position, and encouraged them to effectively engage their member to step up their reportage, to educate and inform them on national and global data, trends of the disease, preventive and curative measures among others, to enhance behavioral change.

She said the NMCP and its partners, would effectively collaborate with the media, and provide journalists with all the needed information and resources for effective reporting on malaria, to ensure success in the delivery of an integrated response towards elimination by 2030.

Dr Anthony Adofo Ofosu, the Deputy Director-General of the Ghana Health Service (GHS), also congratulated the media for their critical role played during the heat of the COVID-19 pandemic outbreak in Ghana, which he said put the government and all stakeholders on their toes to implement strong measures to halt the spread of the virus.

He said the “Zero Malaria Starts with Me” fully acknowledges and embraces the important role that the media played in advocacy and communication, saying malaria remained one of the greatest public health challenges, and that the media Coalition in Ghana would bring the country one step closer to making the end malaria vision a reality.

He said Although Ghana had made significant progress against malaria, achieving a decline in the mortality rate by 28 and 39 percentages respectively in 2010 and 2017, the country still suffered from an estimated 6.5 million cases and 11,000 deaths annually.

Dr Ofosu stated that in 2019, there were over six million cases of malaria at the Outpatient department, attributing this to the fact that despite the country’s achievement of over 70 per cent of the Insecticide Treated Net (ITN) coverage, only 50 per cent of people who owned these nets slept in them, leading to widespread exposure to mosquitoes.

This, he said placed a huge burden on individuals, families, communities, businesses, and health services, with an estimated cost of about 32 billion dollars over the next 10 years.

Dr Charity Binka, the Founder and Executive Secretary of AMMREN, said the benefit of being a Coalition member was enormous as it would among other things improve the journalistic skills and ability through access to further training and networking opportunities.

A call for submissions for write ups for the “Zero Malaria Starts with Me” Media Awards, was announced and launched by Mr James Wallen, the Malaria Programme Officer of Speak Up Africa.

He mentioned the four eligible categories as Radio, Newspaper, Television, and Alternative (Online, Vlogs, blogs, social media) among others, with the closing date being January 31, 2021.

Ghana Must Mobilize Over US$412M To Eradicate Malaria By 2025