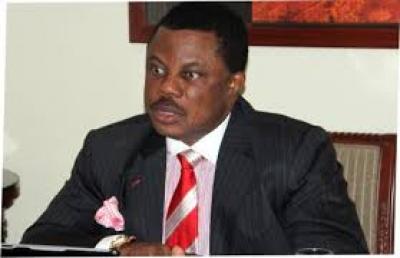 As the digital revolution puts broadcast media organizations on their toes, the governor of Anambra State, Chief Willie Obiano has declared that Nigeria?s nascent democracy would be hanging in the air if there were no robust media institutions to lend firm roots to it. 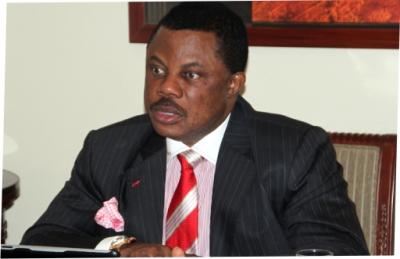 Speaking at the 30th Anniversary Lecture of theAnambraBroadcasting Service (ABS) to herald its Annual Media Leadership Forum at the Women Development Centre (WDC),Awka, Wednesday, Governor Obiano observed that ?experience has shown that no truly accountable and democratic society can thrive without a robust media. My administration is fully aware of the growing importance of the media in a world that is essentially driven by the hunger-to-know? stimulated by the media and satisfied by the same media.?
Challenging the resurgent State-owned radio and television group to aspire to become the Cable News Network (CNN) of South-East of Nigeria the governor further observed that ?without a powerful information dissemination organ, the giant strides we have made in building a New Anambra State will not be known to NdiAnambra. But perhaps, more importantly, we are also aware that we cannot build a New Anambra without first building a New ABS.?
The governor also pointed out that while his government had invested so much in buying new equipment and retooling the processes, ?we are aware that equipment alone cannot give us the world-class media and entertainment outfit that we desire. Consequently, we have resolved to train the staff of ABS, hire fresh talents that will bring a new excitement to the airwaves and adopt some global best practices in broadcasting that will make ABS compare quite favourably to CNN and other top Nigerian stations.?
He also disclosed was dissatisfied with the current state of the media group and had therefore ?resolved to overhaul, rebrand and reposition ABS to fulfill its mandate to the government and people of Anambra State.
Said he,?In line with our resolution, we invested heavily in the procurement of ultra-modern digital equipment that have just arrived and will be fully installed and ready to use in less than six weeks. I have been assured by the experts that when fully operational, the new equipment will place ABS on the commanding height of the broadcasting industry in the entire South East of Nigeria.?
The State Chief Executive also observed that as part of his government?s efforts to create a formidable broadcasting brand, he had 24 hours to the lecture event inaugurated a new Board of Directors for the new ABS under the leadership of Nn?emekaMaduegbuna, a veteran broadcaster and communications guru whose wife is also a famous broadcaster.
Governor Obiano recalled that while inaugurating the new Board, he challenged the new Board Chairman and his colleagues ?to turn ABS into another CNN. And I have no doubt that they will give NdiAnambra just that.?
He also lauded the Guest Lecturer Professor Pat Utomi, a Director of the Centre of Applied Economics at Lagos Business School saying that,?over the years, Prof Utomi has established himself in the people?s consciousness as an important voice in national discourse.?
Concluding, the governor called on the good people of Anambra State to embrace the new spirit of Anambra which he said has been his administration?s driving force, in the past one year.
?The spirit of Anambra is that restless voice inside every one of us that constantly urges us towards excellence. It is a path-finding spirit that leads us to the road less travelled. It is a can-do spirit that nudges us to become masters of our universe.It is the spirit behind the flyovers that are springing up in Awka today and the spirit that will lead ABS to the commanding height of broadcasting in Nigeria. This is the spirit that everyone must strive to have,? he ended with a flourish.
Speaking on the Theme, ?Media, Politics and Nation-building,? Professor Utomi, recalled that media influence of the society dating back to early 20th century and opined that a powerful media has the capacity to literally determine society?s orientation and equally administer reality to the audience.
The 2007 Presidential candidate of the African Democratic Congress (ADC) however noted that thee has been a paradigm shift of which indicates a movement from the hypodermic media effect theory to through the perspective of opinion leaders mediating media influence towards social action and finally to functional media influence of agenda setting.
?Since so much happens in the world, and only a few of these occurrences enter our consciousness, and a fewer still dominate our consideration, the gate keeping function of the media allows it to set the agenda in the sense therefore that the media helps us, or decides for us what is important. The media has great influence,? he averred.
On the linkage between the media and nation-building, Professor Utomi used the Growth Drivers Framework to illustrate that in advancing the quality of policy choice, moderating contending voices in a manner that result in boundaries that become institutions, the media advances the possibilities of progress because institutions as Hernando De Sota argues in The Mystery of Capital advance the material possibilities of man. But where the narrative is one of impunity as has been that of our recent history, our institutions atrophy and society?s progress remains putative, justpotential.?