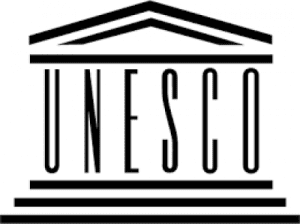 The Foundation which described the decision as good news, likened it to ‘a woman giving birth after 13 years of pregnancy’ – indicating global civil society campaign struggle towards the declaration of the day.

The UNESCO General Conference voted on November 17, this year to designate September 28 as the “International Day for the Universal Access to Information.”

“Mama has been pregnant for 13 years; certainly past the ideal nine months of pregnancy for any woman,” Ms Abigail Larbi, Programme Officer for Media Development and Democracy of Media Foundation for West Africa said.

“When she would deliver – time and date – has been watched with lots of anxiety,” she said in a statement to the Ghana News Agency.

“But here comes good news, Mama finally delivers on November 17, 2015, the baby is healthy and sound, and brings lots of joy and hope to the family, friends and loved ones.”

The proclamation of the International Day for the Universal Access to Information means that member countries are enjoined globally to institute programme of activities on September 28 to celebrate access to information.

“For global civil society and like-minded organisations across the world this is indeed welcome news and precisely so,” she said.

The International Day for the Universal Access to Information seeks to raise awareness about the importance of the right of access to information, and also provides a framework for the enjoyment of such right.

Ms Larbie quoted the UNESCO’s Executive Board as saying, “the establishment of a specific date provides a coherent message at the international level and facilitates coordination of joint initiatives on public awareness and elucidation by organizations in the coherence of a universally recognized day.”

She said access to information was a fundamental human right to seek, access and receive information, and established a legal process by which requests might be made for government-held information to be received freely or at minimal cost, barring standard exceptions.

“It is guaranteed by several protocols and charters such as Article 19 of the Universal Declaration of Human Rights, Article 9 of the African Charter on Human and Peoples’ Rights, and Article 4 of the Declaration of Principles on Freedom of Expression in Africa,” she added.

Prior to the proclamation, international civil society advocates celebrated September 28 as “Right to Know Day” since 2002 when the idea was developed at a conference in Sofia, Bulgaria.

Many more civil society platforms such as the African Platform on Access to Information, African Freedom of Information Center and other regional and national level organizations, as well as coalitions, have engaged in several activities and vigorous campaigns to push for the adoption of the international day.

“On October 19, 2015, the news that the Executive Board of UNESCO adopted a resolution recommending that September 28 be recognized as International Access to information Day was a good one, and a huge milestone in itself,” Ms Abigail said.

The commitment by African civil society groups and African countries to push the UNESCO resolution was highly instructive, she added.

The Nigeria-based Freedom of Information Campaigner Edetaen Ojo was also quoted as saying, “the adoption of the Resolution represents a major advancement in the 13-year quest by global civil society to have a day set aside annually to raise awareness about the importance of access to information throughout the world.

“When the Resolution is finally passed by UNESCO’s General Conference, it will be a gift to the world that Africa can be justly proud of, she said, with the baton handed to the 38th Session of UNESCO’s General Conference in Paris on November 3-18, 2015 came the real moment of bated-breath, but put campaigners in an anxious mood as to whether it was going to be another long wait.

Ms Abigail noted that, “the approval by UNESCO’s General Conference came during its meetings in Paris and follows on support from a UNESCO Committee on November 11 and the UNESCO Executive Board on Oct. 19. 2015.

“Certainly, this is a great milestone, but it also signals the beginning of more work ahead.”

She said the international civil society groups still bore the onerous task of translating activism into real adoption of relevant legislations by countries, and also ensuring that there existed implementation mechanisms for the legislations to become meaningful to the citizenry..