Dr Kwaku Agyemang-Manu, the Minister of Health (MOH), has called on media houses to use their platforms to ensure that the information given out to the public about registered medical products was scientifically accurate. 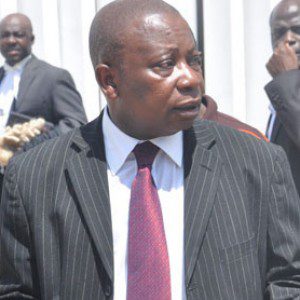 He said there were risks associated with misleading and deceptive advertising.

“It can lead to misuse and even abuse of medicines, or create unrealistic expectations about the benefits and safety of such products, with possible adverse consequences for consumers.”

Dr Agyemang-Manu made this call in a speech read on his behalf at a stakeholders meeting on the regularisation of advertisements of regulated products, organised by the Food and Drugs Authority (FDA).

Among the objectives of the meeting was to highlight the increasing incidence of media houses publishing or airing unapproved and advertisements whose validity has elapsed, and use of mobile vans and the peddling of medicines at market places and in vehicles.

The Health Minister noted that any information provided in an advertisement for a regulated product should therefore be reliable, but it has been proven that this process had consistently been violated by media stations.

Dr Agyemang-Manu said it is in this regard, that the FDA as part of its mandate to protect public health and safety under the Public Health Act of 2012, Act 851 controls advertisement of regulated products.

“It will be a failure on our part as a Ministry and the FDA if we are not able to manage and control this situation considering the fact that advertisement is so effective in changing the lifestyle of the public,” he added.

Mrs Delese Darko, Chief Executive Officer of FDA, also noted that the airing of unapproved and prohibited advertisements, especially on alcoholic beverages and herbal medicines, has been an issue that the FDA has been battling with for some time now.

She said the FDA has registered its concerns through the issuance of press releases, newspaper publications and media interviews all in its bid to curb the situation, but all these efforts did not yield the expected results though in some instances there were temporary compliance.

Mrs Darko noted that in view of the above, the FDA deemed it fit to call on key stakeholders with the capability of assisting, to have an open hearted and frank discussion on the issue so as to ensure effective regulation and the protection of public health and safety.

“I know that the main source of funding of media organisations are through advertisement but this should be done in accordance with the law and lay down procedures; and also having understanding of the public health implications in mind,” she added.

A joint communiqué passed unanimously by 15 stakeholders and endorsed by MOH highlighted on the enforcement of FDA’s laws and regulations and advertisement; and all defaulters/violators should be prosecuted.

The communiqué said there should be an increased collaboration, training and engagement of key stakeholders including the general public on the airing of unauthorised advertisements that would improve public information, education and communications on the law and regulations.

It said there should be formation of a standing committee to continuously review the progress in advertising regulations.

The communiqué also highlighted on the creation of an intranet between the FDA and GIBA that allows GIBA to assess all FDA approved advertisements, and lastly a self-regulation as well as facilitated regulation.