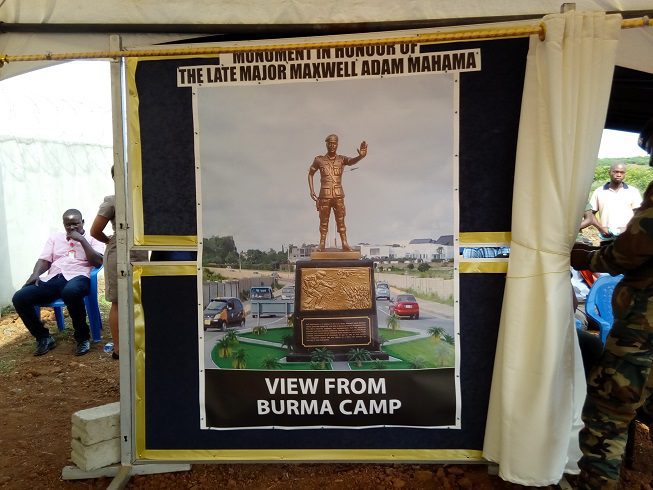 A member of the late major Maxwell Adam Maham’s family Zakaria Zakaria Ahmed has called on the media to help monitor the judicial process on the gruesome murder of their.

According Zakaria Ahmed it will help get justice for their son and the country as a whole.

The whole nation was thrown into a state of shock when videos of torture and murder of an officer with the 5th Infantry Battalion Major Maxwell Adam Mahama circulated on social media.

The soldier was leading a detachment at Diaso in the Upper Denkyira District of the Central Region, when he met his untimely death on suspicion that he was a robber.

Although the court is yet to pronounce judgment on suspects held in connection with the gruesome murder of the late soldier after a year, his family has asked the media to follow the judicial processes closely.

A ranking member of the family Zakaria who expressed gratitude to the Ghana Armed Forces and Government for their support also asked the media to show interest in the judical process like they have shown over the period. To him, this will help get the needed justice for the family, GAF and the nation and more also it will culminate into puting an end to mob injustice which is becoming a part of society.

Zakaria was speaking during a sod cutting ceremony for the construction of a monument in honour of the late Major Maham.

The 20- foot monument in honour of late Major Maxwell Adams Mahama at the Airport Hills Roundabout according to the government would serve as a reminder to all Ghanaians not to indulge in mob injustice.

The Chief of Defence Staff, Major General O B Akwa and the Defence Minister Dominic Nitiwul both cautioned against reoccurrences of such acts.

Look out for strange and suspicious characters in society – NCCE