ROME, Italy, February 3, 2012/African Press Organization (APO)/ — Italy considers Morocco “a crucial partner, both in bilateral relations and as a factor in the stability of Northern Africa”. This was the message that Special Envoy for the Mediterranean and Middle East Maurizio Massari conveyed to the government and political forces of Rabat on his first mission to the region. Italy, Massari told his interlocutors, pledges “to work toward increasing Europe’s focus and economic collaboration with the Maghreb and Mediterranean”. An initial important event will be the European Parliament’s vote, scheduled for mid-February, on an area of free trade and market with Morocco, a key factor in that North African country’s development. This is “a strong political, as well as economic, signal to that nation, and Italy has assured its support”, Massari reported to ANSA immediately after his first round of meetings in Rabat.

Among others, Minister Terzi’s special envoy met with Economy and Finance Minister Mizar Baraka, Communications Minister (and government spokesperson) Mustaphà Khalfi, and Agriculture Minister Aziz Akhannouch. “The message conveyed Italy’s deep interest in and appreciation of Morocco”, Massari said, “both as a bilateral partner and as a stability factor. I expressed Italy’s support for the process of democratization and receptivity launched by the Moroccan monarchy”. Bilaterally, Massari added, “Morocco is very interested in increasing economic and political cooperation with Italy”. Other topics of discussion included intensification of economic cooperation and the presence of Italian investors, especially in the sectors of infrastructure, renewable energy, logistics and farming/food production. In particular, Massari observed, with the agriculture minister “we had a detailed discussion of projects aimed at boosting Italo-Moroccan relations in the farming/food production sector”. Massari’s agenda includes visits to Tunisia and Egypt next week to review relations with those close partners that are also undergoing processes of democratization. 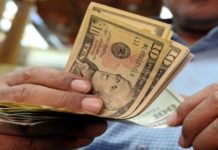 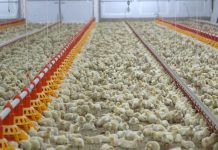