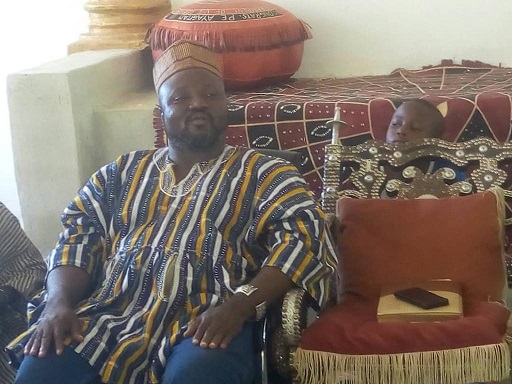 Pe Dituudini Adiana Ayagitam III, Paramount Chief of Chiana Traditional Area in the Kassena-Nankana West District, has called on Ghanaian men to show concern and get involved in the proper upbringing of their children.

The Paramount Chief, who is also the President of the Upper East Regional House of Chiefs, said parenting was a collective responsibility of both parents.

He said it was required to properly nurture children, inculcate in them good moral values, and ensure discipline to enable them to fit well into society.

This, he said, would not only enable the children to grow up to be responsible citizens to contribute significantly to the development of the nation and also promote love among families.

Pe Ayagitam III made the call when he met his sub and divisional Chiefs and Queen mothers at Chiana during a sensitization forum organized by the Rural Initiatives for Self-Empowerment-Ghana (RISE-Ghana), a Non-Governmental Organization.

It was part of efforts by the NGO to end particularly teenage pregnancy and child marriage among the people of the area.

The sensitization was part of a four-year project dubbed, “ENOUGH! Empowering women, girls, boys and men to take positive action in ending sexual gender-based violence in Ghana, Liberia and Mali.”

The project was being implemented by RISE-Ghana in partnership with Oxfam Ghana and Women in Law and Development (WiLDAF) with funding from the European Union (EU).

Pe Ayagitam III identified single parenting as a major cause of teenage pregnancy and child marriages in the area, as parents were unable to cater for their wards, therefore not able to control them, leading to waywardness.

He underscored the importance of love among families as a catalyst for reducing and promoting healthy living.
He, therefore, advocated antenatal and post-natal classes for men as well.

This, he said, would push men to be involved in the delivery processes of their children, support their wives and help husbands experience some of happenings’ of bringing up children.

The Paramount Chief who pledged to support the campaign against Society and Gender Based Violence (SGBV), said he would push its support at the regional house of chiefs’.

Mr Awal Ahmed Kariama, Executive Director of RISE-Ghana, said SGBV particularly child marriage and teenage pregnancy was on the increase and needed the collective efforts from all stakeholders to curb it.

He said traditional authorities who wielded much influence could play active roles including enacting and issuing punishment to persons who perpetrate SGBV, to serve as a deterrent to others.

He urged Chiefs and queenmothers to join the sensitization drive to educate their people, especially parents on how to care for their children, to help secure a better future and protect the rights of women and girls prone to SGBV.

“This will create the enabling environment for women and girls, most especially, to know, claim and exercise their rights to end the menace and contribute to the attainment of the Sustainable Development Goals (SDGs), especially goals three, four and five”, he added.