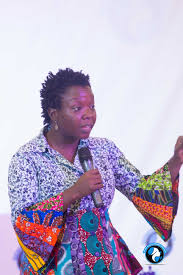 Professor Akosua K. Darkwah, the Head of Sociology Department, University of Ghana, Legon, has said the crusade on gender equality should not be left for women alone but must be a
concern of all men.

She stressed the need for all and sundry to be on board to ensure gender equality was achieved to facilitate equal opportunities for the country’s human resource base.

Prof Darkwah was speaking at a seminar organised by the Gender Mainstreaming Directorate of the University of Education, Winneba, on the need for all to get on board to achieve gender equality.

She took the gathering through the ‘Affirmative Action Law,’ ‘Domestic Violence Act,’ and ‘Policies, Conventions, and Gender Segregation’ among others.

Prof Darkwah, who is also the Deputy Convenor of the Network for Women’s Rights (NETRIGHT) Ghana, announced that the country ranked 15 among 54 countries and second in West Africa for adding Gender Equality in its Constitution, putting in place National Gender Policy, which served as a framework to achieving gender equality.

Prof Andy Ofori-Birikorang, the Pro-Vice Chancellor of UEW, speaking on the topic; ‘Enlisting men as Allies of Gender Equality: It’s all about Power,’ said including men in gender issues would facilitate the achievement of that agenda.

“Gender Equality denotes women having the same opportunities in life as men, including the ability to participate in public sphere, which does not mean that men and women should be or must become the same but their rights, responsibilities and opportunities will not depend on whether they are born male or female,” he said.

Men, he noted, should recognise that they had more privileges than women, but should remember that such privileges did not warrant stereotyping, saying they should beware of their attitude towards women, help men gain higher sense of gender awareness and recognise gender biases in the system to stem them.

Prof Ofori-Birikorang said men needed to be persuaded to get on board to support gender initiatives because globally systems and institutions had been designed to their advantage.

He indicated that many men suffered from socially-constructed gender stereotypes and, therefore, had much to gain from a gender unequal society.

That, he said, put pressure on them to be tough, strong and bury their emotions, rendering them victims of many forms of personal and institutional norms based on gender expectations; academic grades, promotion and material acquisition.

Mrs Ama Pratt, Channel Manageress of Pan Africa TV, who was a resource person, said gender equality was not going to be achieved easily but with the active role of men it should be easier to sail through.