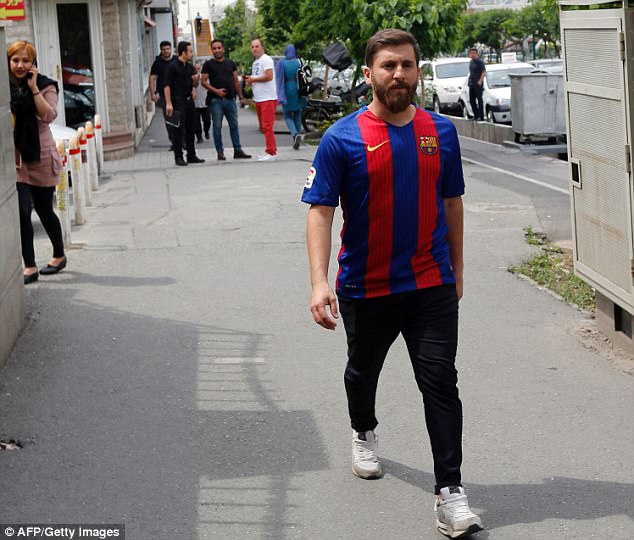 An Iranian student looks so much like his sporting idol Lionel Messi that it almost landed him in jail for disrupting public order.

So many people came out to take selfies with Reza Parastesh in the western city of Hamedan over the weekend that police rushed him into a station and impounded his car to stop the chaos and clear traffic.

The resemblance is so uncanny that some leading news outlets have reportedly used his photo when talking about the real Messi. Reza Parastesh, a doppelganger of Barcelona and Argentina’s footballer Lionel Messi, walks down a street in Tehran on May 8 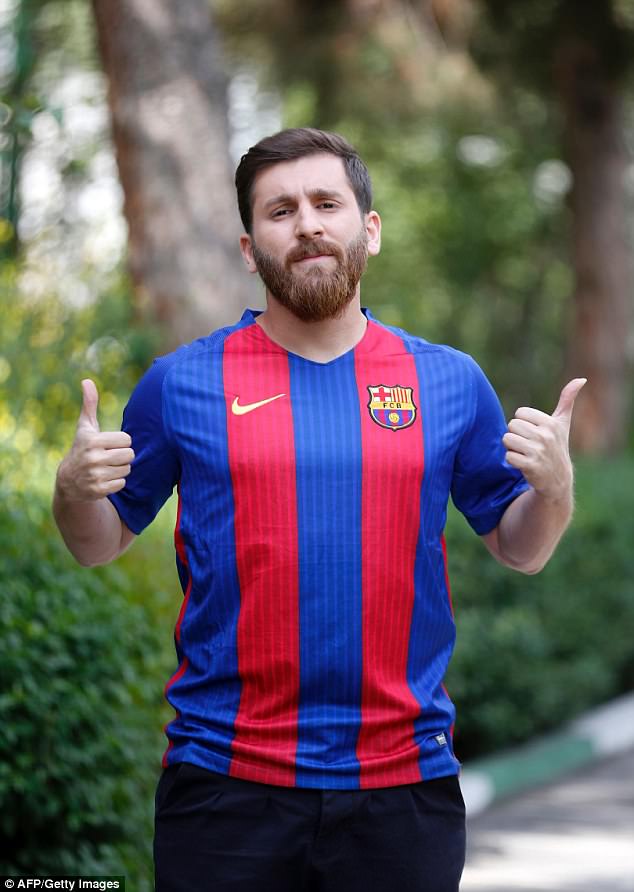 The student has perfected his Lionel Messi look, and with the attacker now sporting his natural brown hair having ditched the blonde look, Reza looks even more like the Argentinian 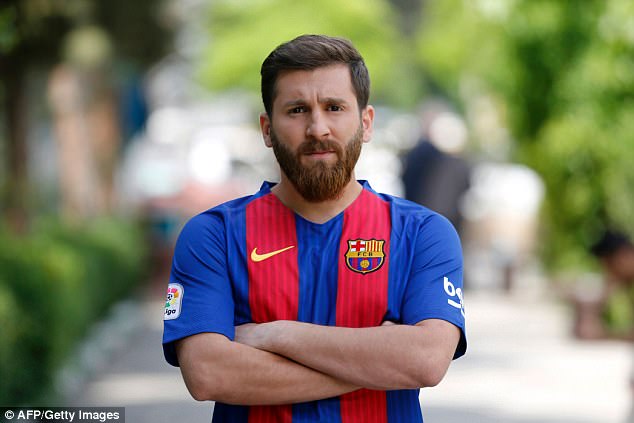 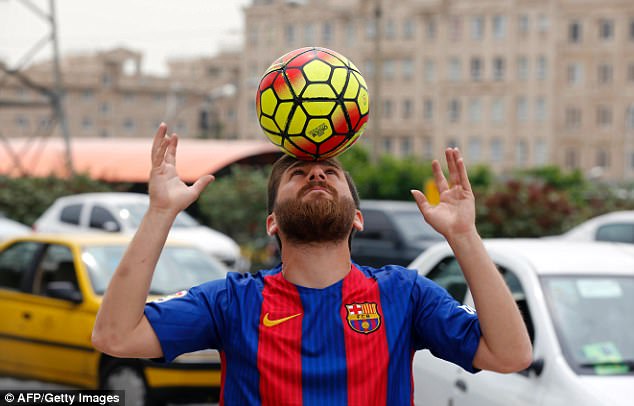 The student was reluctant at first, but eventually grew into the role, wearing the Barcelona strip out in public, growing his hair and beard to match the footballer and carrying a ball.