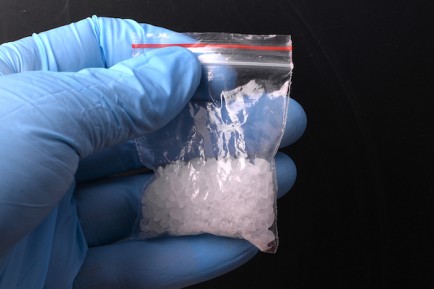 Wastewater analysis has shown that the use of methylamphetamine in Australia has returned to pre-pandemic levels, the Australian Criminal Intelligence Commission (ACIC) said on Wednesday.

The data covers 13.1 million Australians – about 56 per cent of the population – and is based on wastewater samples collected from across the country in December and February.

It indicates that the use of methylamphetamine, also known as meth or ice, “was significantly affected by events in 2020” and, following a “steep decrease” after the introduction of Covid-19 restrictions last year, is again on the rise.

The report also found that alcohol and nicotine remain the most consumed drugs in the country, while meth is Australia’s most consumed illicit substance.
“This reporting period again demonstrated varying trends in drug consumption, both nationally and within our states and territories,” said ACIC head Michael Phelan.

Phelan said that the National Wastewater Drug Monitoring Program is structured so that it can evolve “in line with trends in drug markets.”

“This is why the ACIC has now added ketamine to the lists of substances monitored by the Program,” Phelan said.

According to the report the compound, a central nervous system depressant used as an anaesthetic and analgesic in medical and veterinary settings, is “of growing concern due to its abuse potential.”

The report found that while early indications show that ketamine use is “low and relatively consistent across the country … there is a much wider spread of use over the collection week than might be expected if the substance is purely being used for medical applications.”