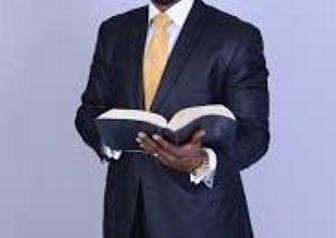 The Very Rev Samuel K. Bassaw, Superintendent Minister of the Wesley Methodist Church in Cape Coast, has admonished Ghanaians to sacrifice and commit themselves to the development of the nation.

He said the death of Christ was a sacrifice to the world and, therefore, incumbent on citizens to emulate same by sacrificing and committing themselves to the cause of building our communities, the nation and the world at large.

“His death made us see the kind of commitment He has for humankind and in that same direction, we have this transformed mind to commit ourselves with a transformed life and also make sure that we transform our societies and the world around us for the better and for God’s own glory,” he said.

Very Rev Bassaw was delivering his Good Friday message during a church service as part of the Easter celebration.

Easter is a Christian festival and cultural holiday, which commemorates the death and resurrection of Jesus Christ.

Very Rev Bassaw maintained that the Easter season was the time for people to have transformed minds and hearts and attitudes and that the resurrection was the cardinal foundation upon which the faith of Christianity was anchored.

“We are being invited to die with the Lord. It means that we identify with the death of Jesus Christ. We experience Christ’s death in our hearts and our lives and the victory of Jesus will also be our victory,” he said.

Very Rev Bassaw urged Ghanaians to endeavour to forgive one another as the death of Christ led to the forgiveness of all sins, weaknesses and shortcomings.

“By His forgiveness, we are now children of God and if Christ has forgiven us and lives in our hearts, then we must reflect same to those around us.

“Let us forgive one another wherever they are and whoever they are, not counting their offences because offences limit us in growth and development as spiritual people,” he added.

The Superintendent Minister also implored Christians to observe the day with a renewed faith, reflecting on the love of Jesus Christ.

The faith of many Christians was wavering due to attacks on the Religion and on God on social media and other platforms, he noted, but encouraged them to stand firm in their faith as such critics did not appreciate the Christian belief enough.