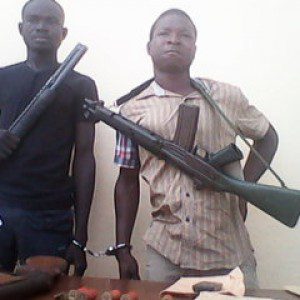 The robbers ambushed the bus around 9: 00 pm Wednesday between Karinkuga and Mabonbori in the Chereponi district and fired randomly at the bus after the driver attempted to disobey their orders.

District Chief Executive for the area Hajia Mary Nakobu who confirmed the incident to Starr News revealed that the passengers were robbed of their monies while some valuables including mobile phones were taken from them.

Personnel from the Ghana Police service have been to the scene to assess the situation and trace the whereabouts of the robbers.