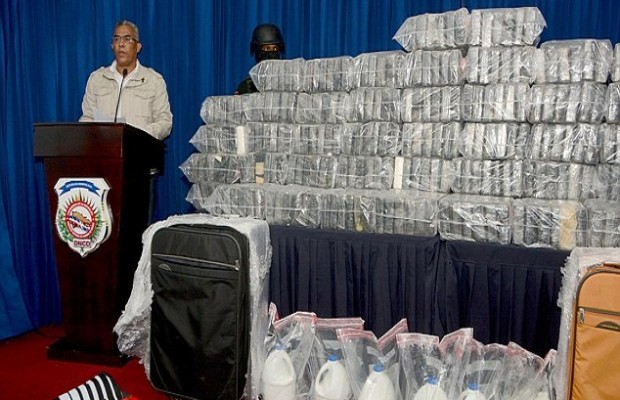 The Mexican army seized a 1.3 tons of cocaine from a plane that landed at the airport in Palenque, a small town in Mexico’s southeast Chiapas state, the Ministry of National Defense said on Monday.

The seizure was carried out on Saturday after authorities began monitoring the flight of the aircraft, which lost its way while trying to land near Chiapas’ border with neighboring Guatemala.

Soldiers arrested two people in the operation, the ministry said, releasing images of the plane on airport grounds.

The cocaine was estimated to have a street value of more than 368 million pesos (about 16.7 million U.S. dollars).

“The seized drugs and the detainees were handed over to the corresponding authorities,” added the ministry.
Drug cartels frequently smuggle cocaine into Mexico aboard illegal flights from South or Central America, before shipping the cargo to the United States, according to Mexican law enforcement agencies.

From Jan. 1 to Aug. 20, Mexico’s armed forces seized more than 9.7 tons of cocaine during different operations around the country, according to a report released by the security cabinet last week.