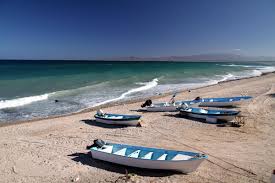 A fisherman who went missing during Hurrican Polo was found floating in an ice cooler near Acapulco, Mexican media reported.

Raymundo Rodriguez Noyola, 45, was rescued Monday after he was found severely dehydrated. Another fisherman he had set sail with did not survive.

“I ate four birds and a turtle,” Noyola said in a video clip published by the Reforma newspaper Tuesday, which showed the moment of his rescue.

He had floated in an ice box typically used to store fish since September 14, when his shark-hunting boat that set sail from the state of Guerrero encountered stormy waters.