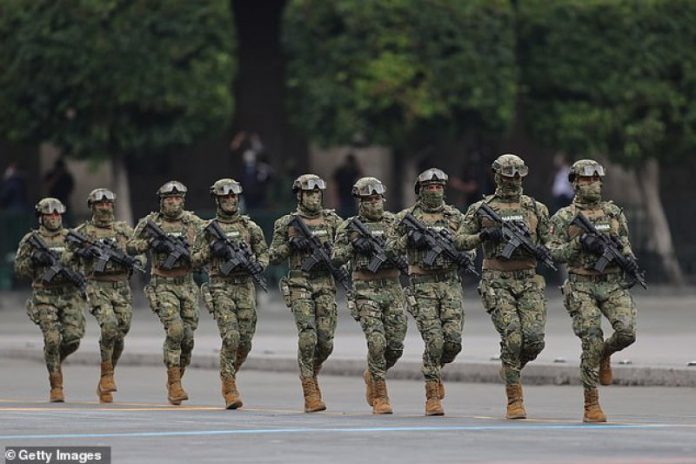 (dpa) – Mexican authorities have charged 30 marines for their alleged role in a wave of disappearances, the attorney general’s office said Thursday.

The marines are accused of being involved in the disappearance of a number of people in the city of Nuevo Laredo on the border with the United States between February and May 2018.

All but one of defendants were arrested in the last few days, according to Mexican President Andres Manuel Lopez Obrador said Thursday. The remaining suspect was already in custody for other reasons.

The attorney general’s office said there were violent clashes before the people disappeared. The UN said uniformed men abducted their victims at night or at dawn when they were walking or driving.

Nuevo Laredo is a border city in northern Mexico where drug cartels and other criminal gangs are particularly strong and wage turf wars.

Such groups often have links to security forces.

Current statistics show Mexico sees an average of almost 100 murders a day. Almost 87,000 people in Mexico are thought to have disappeared. Discoveries of mass graves are not uncommon in the country.

According to the think tank IEP, only around 3 per cent of reported crimes in Mexico are solved, and many crimes are not reported at all.

Vote of Censure: AG did no wrong – CDD

Board of UESD charged to give back to community