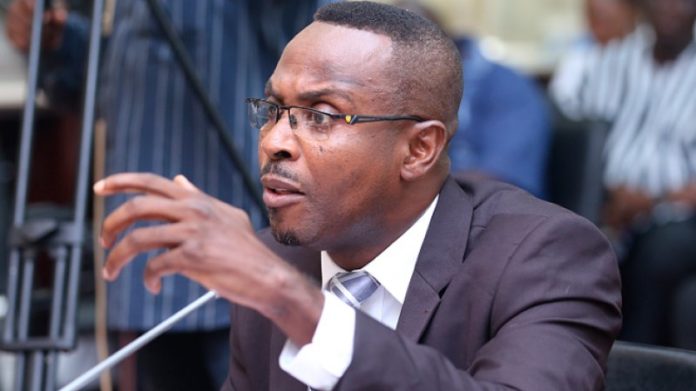 The Central Regional Minister, Mr Kwamena Duncan, has described the killing of Mr Ekow Kwansah Hayford, Mfantseman Member of Parliament by alleged armed robbers as a “gruesome, bastardly act that must not go unpunished”.

The visibly shaken Minister, who condemned the heinous crime, has therefore tasked the Central Regional Police Commander, COP Habiba Twumasi to quickly get to work and pursue the robbers and fish them out wherever they were to face prosecution.

He further described the killing as a blot on the conscience of the nation, indicating that for someone to look in the eye of a fellow human being and shoot him without any provocation was sad.

Speaking with the GNA in an interview on Friday Morning, Mr Duncan said “the loss is a very devastating news”.
“As a Citizen of Anomabo, Mr Hayford is my direct MP”, he lamented adding that he was like a real brother to him and I share a lot with him, aside a Party person and a Minister, “I am part of his enterprise”.

He said it was painful that the Region had to wake up to such excruciating news when Friday, October 9 was the last day for PCs to file their nominations.

Minister Duncan, consequently advised all Parliamentary Candidates to take their security seriously and never to travel alone in these ‘dangerous times.

Mr Ekow Quansah Hayford, a 49-year old New Patriotic Party (NPP) MP for Mfantseman who is seeking re-election, was reportedly killed by alleged armed robbers in the early hours of Friday when he was returning from a campaign trip from the Abeadze Dominase Area in his Constituency.

The MP largely loved by his constituents who described him as affable and down to earth, said they will miss him.