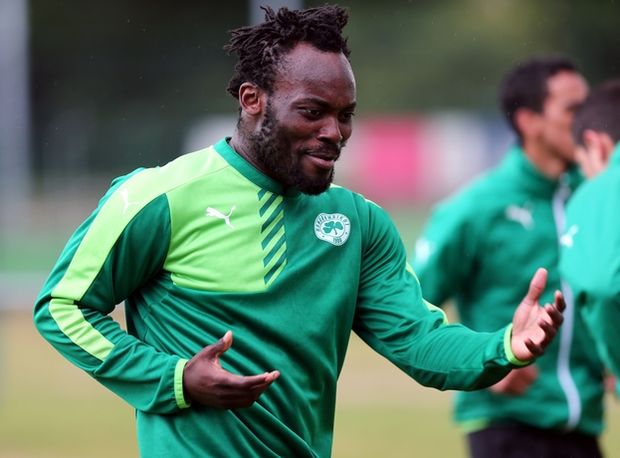 Ghana international Michael Essien had to pull out of Panathinaikos training on Sunday and get on a plane to Munich to undergo a groin surgery.

The 32-year-old former Chelsea and Real Madrid star had reported to training happily with his team-mates in Athens and was in session when he felt pains and pulled out.

Panathinaikos boss Yannis Anastasiou was hoping to have the experienced Ghanaian enforcer in his squad for the Uefa Champions League third round qualifying tie and as it happened the player has to go under the knife.

See the sequence on how he withdrew from the squad and eventually left for Germany?s capital Munich. Essien separated from the squad as he runs with physical trainer