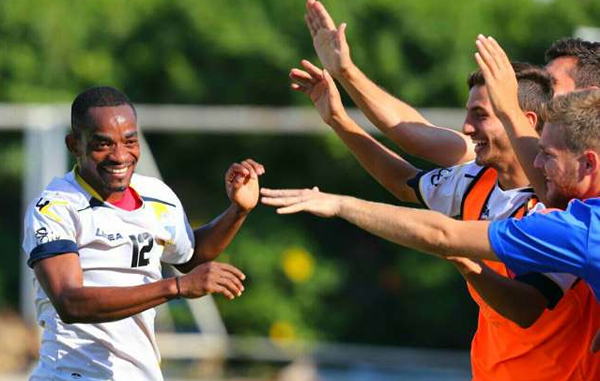 SC Tripoli midfielder Michael Kafui Helegbe says he does not regret any decision he takes in life and was confident of chopping more success in 2016.

The former Asante Kotoko midfielder is making the headlines in Lebanon for all the right reasons for the second year running.

The 30-year-old who promised a lot in the early part of his career has seen his stock fall in recent times but is enjoying his football again in the Middle East.

Helegbe in his fifteen year career has played in Europe, Africa and in Asia but says he does not regret the path his career has taken despite not entirely reaching his potential.

“I do not regret any decision I take as a footballer. Life is that way and I am in Lebanon and I have to take it seriously,” Helegbe told Accra based-CITI FM

“I enjoy what I am doing here and I thank God for what he has done for me.”

Micheal Helegbe recently won the Ahdaaf goal of the year In the Lebanon.