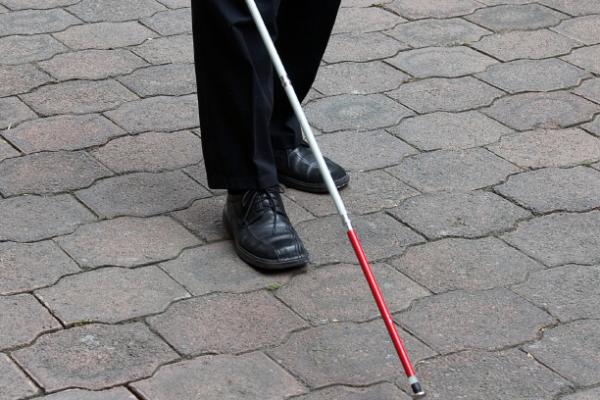 A bold initiative taken by Midland Savings and Loans Company of Ghana has led to a healthy relationship between them and the Ghana Blind Union, meant to serve the interest of the blind in Ghana.
It all began with a research on line by the savings and loans company two months ago to find out more about the blind in Ghana and how to be of help to them. Fortunately this has led to a program at Novotel hotel on June 22 by the two bodies to launch a campaign dubbed? white cane for all? to raise funds to purchase white canes for the blind. It is my prayer that the fund raising program will continue for a long time to come to enable the two bodies to realise the goal of raising more money for the project.
The program was attended by many dignitaries with reverend Dr Lawrence Tetteh as chairman. Dr Tetteh as a man of God did not serve as an arm chair and inactive chairman. Instead he took bold steps to launch the campaign for funds that yielded a good dividend.
Many people including staff of the Midland Savings and Loans Company including the Managing Director Michael Adjovu and his wife pledged to purchase the white canes for the many blind people who need them. This enticed many people including the President of MUSIGA Bice Osei Kuffuor alias Obuor, who also pledged to purchase some of the canes on behalf of MUSIGA and on his own behalf.
In the entire fund rising launch resulted in total pledge for 3000 canes. The president of the Ghana Blind Union, Mrs Ayishatu Abdul Karim lauded the initiative of Midlands and Savings and Loans Company and said ?the while cane is a symbol of dignity that represents the eyes of the blind person who need it to aid his or her movements everywhere?.

Mrs Ayishatu Abdul Karim president GBU (left) Mr Michael Adovu MD Milan savings and loans company ( center )and Mr. Peter Obeng Asamoah Executive Director GBU far right
Speaking at the launch, Managing Director of Midland Savings and Loans Company, Michael Adjovu expressed concern about the worsening plight of the visually impaired in society.
According to him, blind people who have been relegated to the background have a lot to contribute to national development if empowered.
Mr. Adjovu indicated that Midland Savings and Loans decided to support the campaign as part of the company?s corporate social responsibility because ?the blind have been rejected for a long time.
?The white cane is a very affordable tool that gives them to confidence to do anything without relying on other people? he added.
Mr. Adjovu said their goal is to buy a white cane for all blind people in Ghana to be able to gain their independence.
?This is a worthy cause and we believe we would be able to do it with the support of all?.
For his part, Executive Director of the Ghana Blind Union (GBU), Dr. Peter Obeng Asamoah said the white cane is the ?eye of the blind?.
?We have found a way to conquer our disability by the use of the white cane but we need support? he bemoaned.
The Blind Ghana Union President called on all well-meaning Ghanaians to support the campaign to put a smile on their faces.
Dr. Obeng Asamoah thanked Midland for the kind gesture and urged other corporate bodies to emulate their example
Hon. Mr Albert Kan Dapah former Member of Parliament and chairman of the Public Accounts Committee of Parliament said because he has interest in serving the blind, he personally lobbied to become a member of the GBU board. As chairman of the accounts committee of the union he has been supervising the accounts of the GBU. He praised the GBU for being up to date with its accounting generally year after year especially its audited accounts