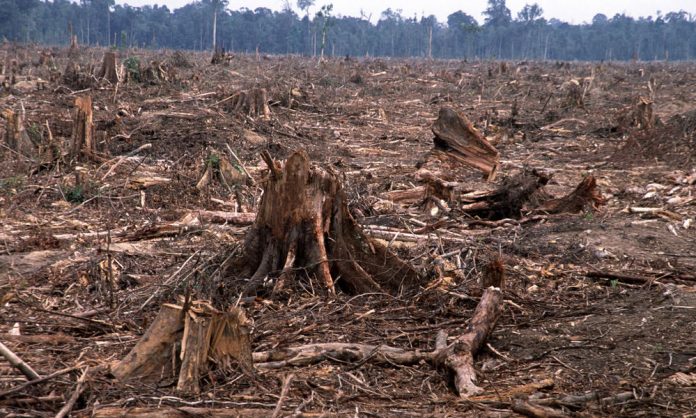 Mighty Earth, a Non-Governmental Organization based in the United States of America, has called on government to pay keen attention to the speedy rate of deforestation in the cocoa growing regions.

It said currently, close to 30 percent of the nation’s forests have been destroyed nationwide.

Miss Etelle Higonnet, Legal and Campaign Director of Mighty Earth, speaking to the media in East Legon, said Ghana has an average deforestation rate of 5.8 percent and is the third most deforested country in the continent.

She said between 2000 and 2014, about 84,813 hectares of forest lands were destroyed inside protective areas and this has doubled within non protective areas as a result of illegal production of cocoa in the forest area coupled with the zealous interest to meet the growing demand for chocolate.

A research conducted by the Mighty Earth in Ivory Coast and Ghana revealed that only 6.6 percent of revenue generated from cocoa goes to the farmer while the rest goes to taxes, transport and traders, grinding and processing-chocolate manufacturer.

Miss Higonnet said a major chunk representing 44.2 percent is placed on the retailer.

She said in order to halt deforestation, cocoa companies must take responsibility and act individually and collectively to stop buying from illegal cocoa farmers that grow in the forests, parks and gardens.

Miss Higonnet said more funds should be pumped into protecting and conserving parks and gardens in the country, educating farmers and ensuring the enforcement laws that protect the forests among others.

Mighty Earth is a global campaign organization that works to protect the environment and seeks to help conserve threatened landscapes like tropical rainforests, protecting oceans and solving climate change.