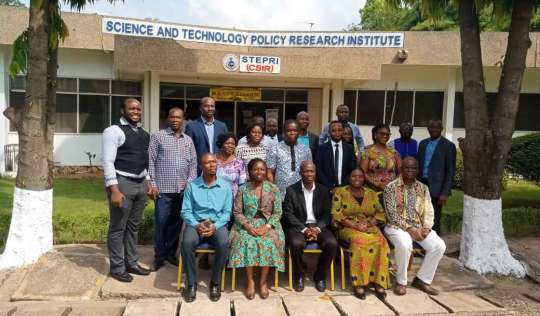 A case study in four selected municipalities and districts in the northern parts of the country has revealed that migration in these areas is driven by social networks, teenage pregnancies and erratic rainfall patterns.

According to the study conducted by a team of researchers on the Resilience Against Climate Change: Social Transformation Research and Policy Advocacy in Northern Ghana (REACH-STR) Project; some parents in the Wa West District encourage their teenagers who drop out of school due to teenage pregnancies to move down south to look for jobs.

The municipalities and districts covered in the study are Lawra, Jirapa, Wa West and Jawla-Tuna-Kalba respectively.

Mr Ransford Karbo, a researcher and a member of the team, made this known at a day’s knowledge sharing workshop on ‘Policies on Migration, Climate Change and Changes in Gender Roles in the Northern Ghana’ under the REACH-STR Project.

Mr Karbo said in Jirapa Municipality, it was observed that migration has changed gender roles in the household. As women migrated down south in search of jobs, the men have taken up house chores, which hitherto should have been the chores of the women.

He said in the Lawra District, migration is common among the youth, who basically come to the south to look for employment to sustain livelihoods at the end of the farming season.

The study recommended training and capacity building, education and sentisation, and provision social amenities, farm inputs, start-up capitals for small scale enterprises to help curb the issue of migration in the northern parts of the country.

Dr Charity Osei-Amponsah of the International Water Management Institute (IWMI) said REACH-STR Project is one of the three projects under the European Union Agriculture Programme, “Productive investment for agriculture in the savannah ecological zones of Ghana”.

It comprises three result components and the Social Transformation Research and Policy Advocacy study is the third component.

She said the project is a research collaboration between IWMI, University of Ghana-Centre for Migration Studies (CMS), the University of Development Studies (UDS) and the Science and Technology Research Institute of the Council for Scientific and Industrial Research (STEPRI).

The CSIR-STEPRI is tasked under the project to analyze how policy formulation and implementation strategies have addressed issues related to migration, gender, climate change and social transformation.

Dr Osei-Amposah said the Centre for Migration Studies, University of Ghana, Legon would work on issues that affect youth and migration whiles the University of Development Studies would look at climate resilience – what type of policy in place to minimize negative climate change.

“The IWMI will work on Gender – what roles have changed and what it means to people,” she said.

Dr Osei-Amposah said there would be policy engagement to interact with planners as well as build their capacity.

Over the course of the project, a total of three PhDs and 15 Masters students will be supported with full studentships for four and two years respectively.