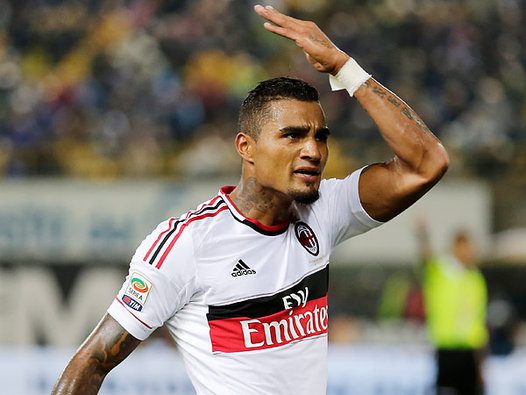 The 28-year-old free agent has been training with the Rossoneris and featured in their friendly win over Italian lower-tier side Monza on Thursday.

The controversial midfielder has been linked with a return to Milan after leaving the club three seasons ago and Milan President Silvio Berlusconi wants to have him back in his squad.

But manager Sinisa Mihajlovic who is assessing the battle-readiness of Boateng before sanctioning a decision to hand him a contract is not convinced about Boateng?s troublesome knee problems.

After becoming a free agent since early May, the suspended Ghana midfielder has failed to find himself a club with reported moves to Besiktas and Saudi side Ittihad Jeddah all falling through due to his fitness.

Though Mihajlovic has his concerns about Boateng?s fitness Berlusconi wants him back in his Milan team as he left an impressive mark at the San Siro with his spectacular showings, helping Milan win the Scudetto on his first season at the club.

During Boateng?s last year at Milan, he guided the club to an impressive start to the Uefa Champions League scoring against Barcelona in a super-clash but Milan have failed to reach the level since he left the club.