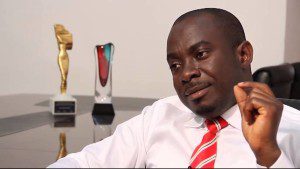 The Chief Executive Officer of Beige Capital, Mike Nyinaku says the various platforms for the discussion of Ghana?s economic growth would continue to remain merely academic exercises if it is not backed by action.

He stressed that though the country had enough existing documentation, it lacked the needed executors, doers and development architects who would translate the documents into tangible projects.

?There?s a lot of action documents already, I believe that what we need are executors, doers, and development architects, who don?t fear who or what!! And it can only be achieved by only one crazy leader who is; ambitious, authoritative and a doer?, Mike Nyinaku added.

Speaking on why the Public Private Partnership (PPP) was not yielding the desired economic growth results, the Beige Capital boss explained that instead of a partnership, there was an existing competition between the public and private sectors hence a stifling of the expected economic growth.

According to him, Ghana?s PPP could be described as the case of ?a willing government on one side, a civil sector that cannot be bothered on another side and a hurriedly formed inexperienced private sector institution on the other side?.

?Word has it that sometimes some of our government institutions whether intentionally or not, just stifle the initiatives of government. What stops us from being united in a manner for progress and nation building?? he queried.

He advised the public sector and policy makers to remain true to their role of facilitating access to resource instead of competing the private sector and stifling its growth.

This he explained, had slowed the entrepreneurial evolution, causing current entrepreneurs to now lay foundations for the next generation of entrepreneurs; a foundation that should have been laid 10 years ago.

This notwithstanding, Mr. Nyinaku said subsequent entrepreneurs, after the upheavals, had chalked feats that had put the country back on track and gave hope that the idea of a Ghanaian owned economy was possible. This, he however said, was only possible provided room was created for entrepreneurs to flourish.

Despite these challenges and gap in the entrepreneurial evolution, the Beige CEO expressed confidence in Ghana stating that he believed the country was green and awashed with various opportunities.