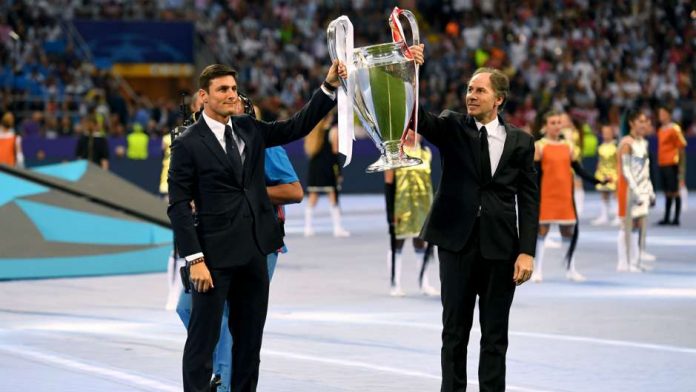 Milan must show courage if they are to overcome Atletico Madrid and keep their dream of advancing in the Champions League alive, according to the great Franco Baresi.

The Rossoneri have made an unbeaten start to their Serie A campaign with five wins and a draw from their first six matches, but they were defeated 3-2 by Liverpool at Anfield in their opening European game of the season two weeks ago.

That was Milan’s first match in Europe’s elite club competition in seven and a half years, and the narrow defeat leaves them bottom of Group B, with Atletico and Porto sharing a point apiece in the other match.

Milan welcome La Liga champions Atletico to San Siro on Tuesday and history is not on their side, having won only won of their past 17 games against Spanish opposition in European competition, including an ongoing run of seven games without a victory.

The only previous meetings between the teams, meanwhile, saw the Italian side lose both legs to Atletico at the last-16 stage of the 2013-14 Champions League.

But Baresi, who won the European Cup three times during his 20-year playing career with Milan, insists his former side have nothing to fear when they play host to Diego Simeone’s side

“This groups is very tough, but we want to have our say until the end and enjoy this moment, this comeback to the Champions League.

“To me, in this group, all the clubs will lose points, because it is not easy to beat Atletico Madrid and Porto. This next one at home against Atletico will be so important for Milan if we want to dream about going through.

“But we don’t have to be too nervous, we have to live it with enthusiasm and courage – like Milan always did around the world.”

Milan were runners-up in Serie A last season – their highest Serie A finish since 2011-12 – as they ended their long wait for Champions League football.

Head coach Stefano Pioli has been hailed for his work over the past two years, and Baresi believes Paolo Maldini, who has served as technical director since June 2019, also deserves credit for helping to turn things around at Milan.

“He started with great enthusiasm, giving out all his experience as a player and his ideas and prowess as a manager,” Baresi said. “He is doing a great job and Milan have improved exponentially in the last two seasons.