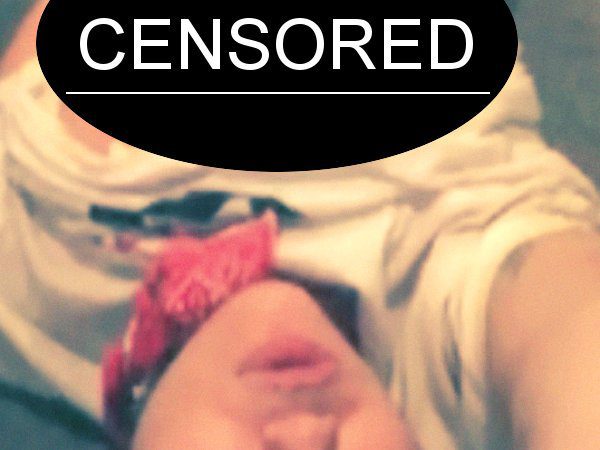 Miley Cyrus takes nudity to another level. The ?Wrecking Ball? hitmaker struck a pose as if she?s pleasuring herself between her legs during a sexting FaceTime session with photographer Mert Alas for the new Interview magazine spread.

?Sometimes you have to reach out and touch someone-slash-yourself. Mert Alas shares a few of his sexts with the fearless and self-possessed princess of pop,? read the caption of the online gallery on the magazine?s website.

The photographer also posted some snaps for the magazine on his Instagram page. The snaps showed how raunchy the FaceTime session was. One of the snaps showed Miley topless standing next to a guitar. In the said snap, the photographer could be seen shirtless too. ?Dirty Love with @mileycyrus,? read the caption. Meanwhile, another racy snap showed the singer only in tiny underwear licking the floor.

The photographer also had a FaceTime session with pregnant reality TV star Kim Kardashian. Unlike Miley, Kim appeared to be covering her assets during the session. The ?Selfish? author gushed over the photographer?s idea of taking pictures during FaceTime session. She wrote on Instagram, ?I loved this idea for the September issue of Interview Magazine to have @mertalas face time and take selfies for their cover!!! Love Mert?s cover!!!?

In fact, Kim did the photo shoot on FaceTime secretly. She wrote on Instagram alongside one of the snaps for the magazine, ?The awkward moment when Kourtney walks into her room & I?m in her bed taking selfies?.but little does she know I?m doing a photo shoot for @InterviewMag face timing with one of my fave photographers.?