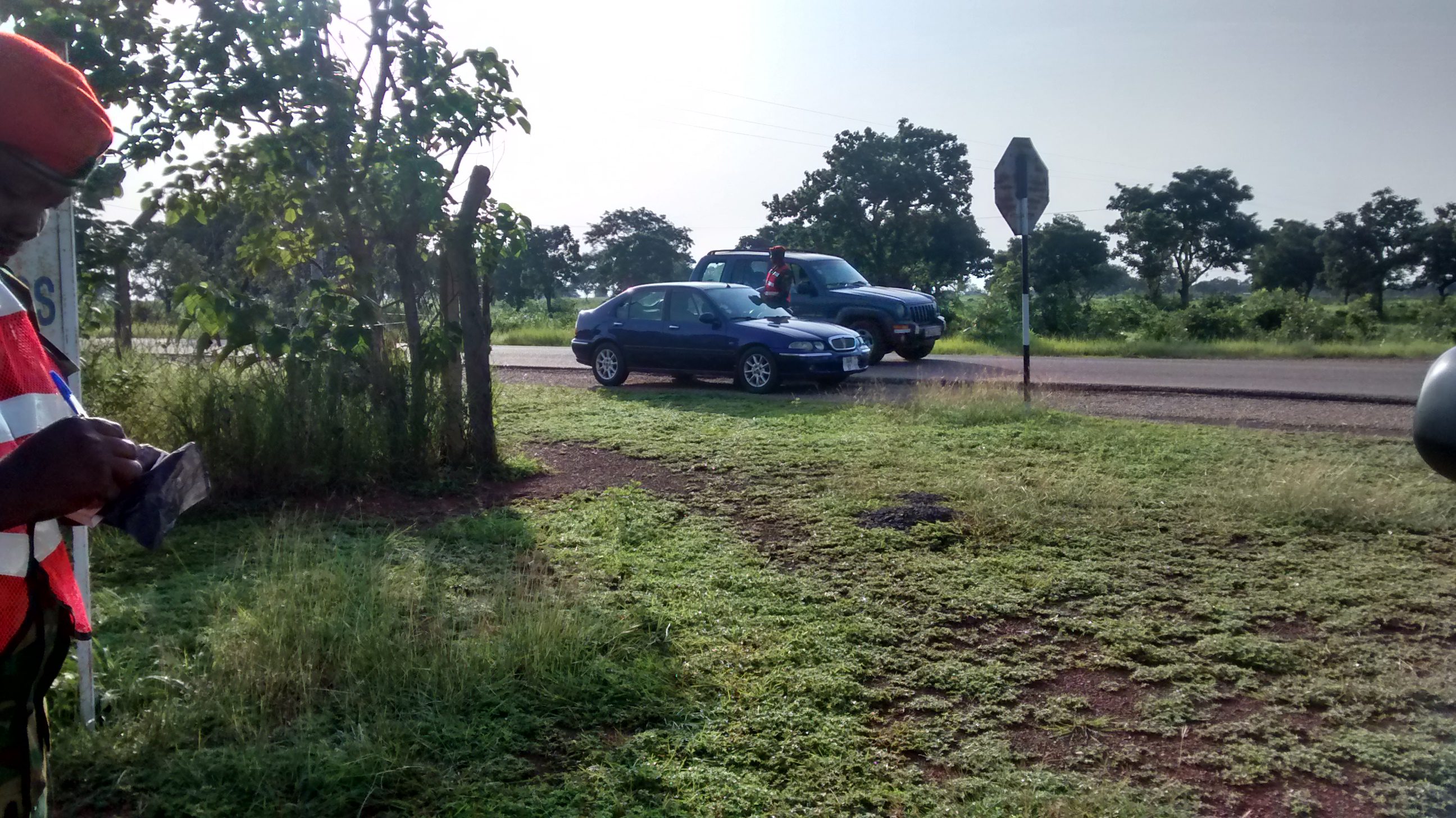 Two Military Police officers, Wisdom and his colleague have turned the Tamale Airport area into a cash making yard.

Upon reaching the barracks at about 07:19 hours GMT my driver hinted me of the 30km per hour speed limit.

I was wowed by that because for me I thought as a domestic flight terminal they could relax the rule and allow passengers to drive beyond the speed limit if they are missing their flight.

I even suggested that the speed limit could be pegged at 50kmph.

Lo and behold as my driver negotiated the last curve to the terminal he was signaled to stop.

I must confess that my driver was doing about 38kmph.

Military Police Wisdom was called to issue us with a receipt for a fine of Thirty cedis (GHC30.00) and he argues that if we doubt he could take us to the office and verify. But whiles in the process of being issued with a receipt, I observed something funny.? The soldier with the speed gun was actually not pressing anything on the speed gun but was stopping virtually anybody he believes may be over speeding.

This is pure harassment or?

I asked to see the speed limit on the gun but was challenged that I could do that in the office.

And you understand when a military man says lets go to my office for details. It could mean more harassment. Besides I had to check in and I did not have the pleasure of time.

However I could manage a quick shot of the ?two masque tiers ?.

What kind of Ghana is this? I exclaimed.

I will not sit quietly over this.

This must surely get to the Minister of Transport and the Chief of Defence Staff and all aviation stakeholders.

I think ‘common sense’ will teach us that, upon the partial conversion of the Army Airport to a domestic one, the rules will also change accordingly.

I am a Ghanaian. What about the foreigners who go through this kind of ‘harassment’?

Can this action be described as promoting domestic aviation or killing it?

Your guess is a s good as mine.

This thing must stop.

In a related development?Franklin Cudjoe, the founder of IMANI-Ghana – a policy think-tank, has predicted that the decision by the Mahama-led government to get a national airline would be a complete failure.The Ministry of Transport has signed a Memorandum of Understanding (MOU) with PWC Ghana and the World Bank for the commencement of?Technical Advisory Services to enable the nation get a national carrier.The government said the establishment of a new airline for Ghana would bring back Ghana?s pride in the aviation sector and also establish a reliable home-based national airline to provide regional, sub-regional and inter-continental air transport services.However, speaking on Accra-based private radio station Citi FM?on?Saturday,?Mr. Cudjoe said every business entered by the?Government of Ghana has been a failure.?The airline would fail, and we need to let Ghanaians know,? the IMANI?boss said; adding, ?everything that the government goes into fails, and you can look at the Pwalugu Tomato Factory, which has been overtaken by reptiles and beasts and snakes.?He added: ?It would fail, and we should not allow this nonsense to happen.?

Over to you Honourable Dzifa Attivor. Gbam!!!