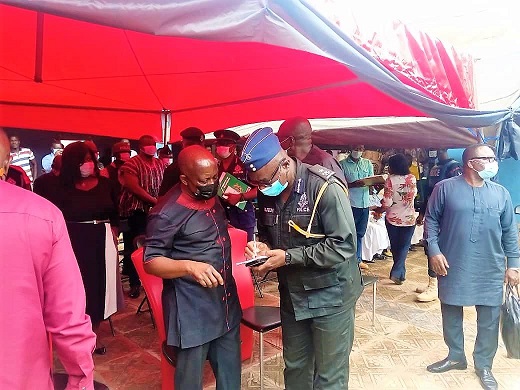 The deployment of the military to quell last Tuesday’s (June 29) violence, leading to the death of two young men, at Ejura in the Ashanti Region, was based on intelligence report, Mr. Simon Osei-Mensah, the Regional Minister, has confirmed.

According to him, the Regional Security Council had been informed of the intentions of some youth to stage a violent demonstration, following the death of one Ibrahim Mohammed, alias Kaaka, 45.
Kaaka was said to have been brutally assaulted while returning home on a motorbike last Saturday night.

He died at the Komfo Anokye Teaching Hospital (KATH) three days after the attack, after his transfer from the Ejura Government Hospital.

“There was a need for us to call for military support to handle the situation on the ground,” he told the media in Kumasi.

Mr. Osei-Mensah said it was unfortunate the way things went, saying, the government had instituted a Ministerial Committee to probe the issue.

The three-member Committee has Justice George Kingsley Koomson, a Justice of the Court of Appeal, as Chairman.

The other members are Dr. Vladimir Antwi-Danso, a security expert, and Ms. Juliet Amoah, Executive Director of Pensplusbyte, a Civil Society Organization (CSO), with Ms. Maria Louise Simmons, a Principal State Attorney, serving as Secretary to the Committee.

According to the Regional Minister, the Committee had up to July 9, 2021, to complete its enquiry and present recommendations to the government.

The deceased, Nasiru Yussif and Murtala Mohammed, both in their 20s, were buried in line with Islamic tradition by the Dagomba-Line Muslim Community at Ejura, on Tuesday evening.

The violent demonstration followed the burial of Kaaka, and in the heat of the mayhem, the protesters clashed with the security personnel detailed to maintain order, leading to the shooting of the two young men.

Four other people sustained various degrees of injuries in the tragedy.