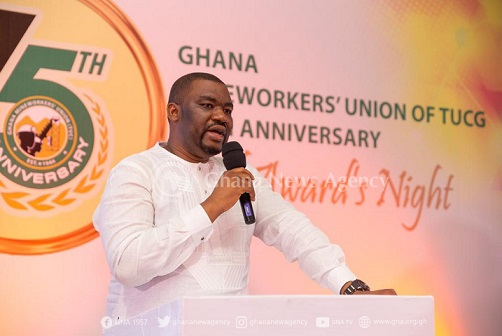 The Ghana Mineworkers’ Union is calling for a tripartite investigation by government, Ghana Chamber of Mines and the Union, into recent underground mining accident.

Three of its members were trapped in the AngloGold Ashanti’s mining site.

Two managed to escape but one person is still missing since Tuesday May 18, 2021.

A press statement signed by Mr Abdul-Moomin Gbana, General Secretary of the Union, and copied to the Ghana News Agency in Accra, called for a safer working environment to address the increasing spate of fatalities and accidents in the country’s underground mining operations.

The statement said Ghana as a prominent hub of mining in Africa had not fared badly in regulating the formal subsector of its industry but in recent times, there had been a trend of mine accidents and incidents with consequential fatalities.

It said underground mining operations particularly AngloGold Ashanti, Obuasi Mine, and its surrogate Underground Mining Alliance, that had claimed three lives since June 2020, were becoming a blot on the enviable record chalked up by Ghana especially after the structural adjustment programme in the 80s.

“As a trade Union organization that has for 75 years sought the protection and welfare of workers in the industry, we take an uncompromising opposition to this worrying and preventable fatalities that are shedding the blood of innocent workers in atonement for the profiteering motives of these multinational corporations,” it said.

The statement said the Union would not countenance any more of these avoidable deaths; it shall not hesitate to withdraw its services if urgent and robust steps were not taken to eliminate and prevent these accidents from becoming a recurrent feature of the workplace.

“The Union will also want to use this opportunity to renew its call and advocacy on the need for government to prioritize the ratification of ILO Convention 176 (Safety and Health in the Mines Convention) to further tighten and align the industry’s health and safety regulatory framework to globally acceptable standards.