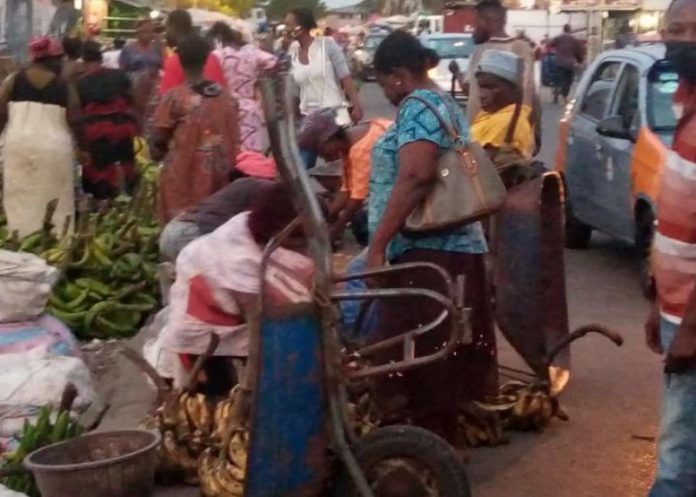 Mr Henry Quartey, the Greater Accra Regional Minister has appealed to market queens to help move traders on the streets and pavements back into the markets to allow for free-flow of vehicular and human traffic in the city.

He said the Accra Metropolitan Assembly (AMA) would embark on a two-week public announcement to ask traders to vacate the unauthorized places, and that “when persuasion fails force must be applied.

“We are not saying you should not eat or should not trade, but operate in the market then you would not have problem with anyone,” he said and that people should avoid politicising the work of the assemblies.

Mr Quartey made the appeal when he met Greater Accra market leaders to put before them his vision dubbed: “Let’s Make Accra Work” by enhancing cleanliness, security, health and education in the region.

He said he had engaged stakeholders like Metropolitan, Municipal and District Chief Executives, Members of Parliament, members of the Regional Coordinating Council and former Greater Accra Regional Ministers and that it was the turn of the market queens to contribute their quota to the vision.

He called on the market leaders to organize meetings with the street traders to find spaces in the market for them and by so doing, they would be paying taxes to enhance revenue generation of the assemblies.

“As mothers I have met you today to lay bare my vision to you and to help me make Accra clean. Let us guide the people with the laws of the land so that we all co-exist peacefully,” Mr Quartey said.

President Nana Addo Dankwa Akufo-Addo had said he would make Accra the cleanest city in Africa so let us unite to support the agenda.

Mr Quartey said there would be no beach activities during the Easter festivities as the Police personnel would be around to check on holidaymakers.

During an open forum, the market queens declared their support to the Minister’s vision and pleaded for security at their markets and settlement of land disputes.