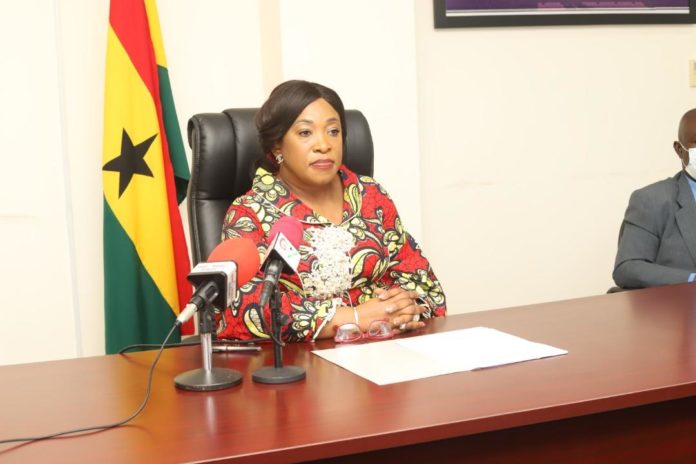 Mr Szabós, a career diplomat, was appointed Ambassador to Ghana in 2016 and concurrently accredited to the Ivory Coast, Sierra Leone, Liberia, Togo and Burkina Faso.

During the farewell, the Minister congratulated Mr Szabós on the successful completion of his duty tour in Ghana.

She acknowledged Ghana and Hungary’s cordial relations with the adoption of common positions at international fora, particularly within the context of the Non Aligned Movement.

She hailed the interventions of the Ambassador, which resulted in the visit of Mr Péter Szijjártó, the Hungarian Minister of Foreign Affairs and Trade Policy, from November 30 to December 1, 2017, for the official opening of the Hungarian Embassy in Accra and establishment of the Hungarian Business Forum.

During Mr Szabós’ tenure as Ambassador, Ghana’s Parliament ratified the Agreement on Mutual Visa Exemption for Holders of Diplomatic and Service Passports (November, 2019) and a Memorandum of Understanding was signed in 2019 on Cooperation in Water Management, with a commitment to working towards establishing a framework for seamless co-operation between the parties on the basis of equality, reciprocity and mutual benefit, she said.

Madam Botchwey said the €50 million contract signed between the Jospong Group of Companies and the Government of Hungary for the construction of waste water treatment plants in Tamale and Takoradi would ensure Ghana achieved her targets under the United Nations Sustainable Development Goal Six on clean water and sanitation.

At the forum discussions were held with Mr Péter Szijjártó, the Hungarian Foreign Minister, and Mr Zoltán Balog, the Minister for Human Capacities, to enhance bilateral cooperation, particularly in education, culture and sports.

She acknowledged Hungary’s immense contribution to education, especially with scholarships awarded to Ghanaian students increasing from 50 to 100 annually.

She commended the Hungarian Government’s donation of 3,300 pieces of surgery masks and N9s face masks to Ghana to help the fight against the COVID-19 pandemic, which was facilitated by the Ambassador and Mr Imre Hegyesi, head of a sludge management company in Takoradi.

She said the Ministry would support his successor to further consolidate the gains made.

Mr Szabós congratulated Ghana on her election as a Non-Permanent Member of the United Nations Security Council for 2022 to 2023.

He said the bilateral relations had grown stronger over the last five years, with Hungary establishing an Embassy in Accra to cement those relations.