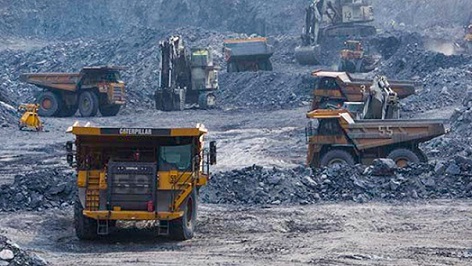 Mr Samuel Abdulai Jinapor, the Minister for Lands and Natural Resources, has called on mining companies, especially the large-scale ones, to be more responsible in their operations and ensure that their activities bring optimal benefit to the people.

He said the mining companies must at all times ensure that they conform to both the environmental and socially acceptable rules in mining to minimise the impact of their operations on the environment.

Mr Jinapor made the call in an address at a conference in Tamale on irrigation and agricultural development, organised by the West African Centre for Water, Irrigation and Sustainable Agriculture (WACWISA) of the University for Development Studies (UDS).

The two-day conference on the theme: “Mining, Water Resources Management and Environmental Sustainability in Africa: Opportunities and Challenges,” created a platform for the exchange of ideas and knowledge among stakeholders for the development of the irrigated agriculture sub-sector.

Whilst mining is important for national development, the extraction of minerals comes with some negative social, economic and environmental impacts such as human rights abuses, social vices, deforestation, environmental, land, and forest degradation, health risks, and destruction of viable farmlands, hence the Minister’s call to the mining companies for responsible mining.

Mr Jinapor pledged the government’s commitment to implementing appropriate regulatory, legal, fiscal, and environmental policies, “To build a responsible, viable, sustainable and environmentally-sound mining industry anchored on integrity, transparency and good governance, and that brings optimum benefit to the people.”

He said to this effect, “Government is prioritising the resourcing and retooling of the Minerals Commission and repositioning it to perform its functions effectively.

He said the operations of the Commission had been decentralised by the opening of more Regional and District Offices with adequate staffing to ensure they deliver on their mandate.”

He said, “As part of measures to clamp down on illegal mining activities that have the greatest impact on our water bodies and natural environment, we have enacted the Minerals and Mining (Mineral Operations – Tracking of Earth Moving and Mining Equipment) Regulations, 2020 (L.I. 2404), to track all earthmoving and mining equipment to know in real-time, where each machine is, and what it is being used for.”

He said the Ministry was also working with the Office of the Attorney-General to amend the Minerals and Mining Act, 2006 (Act 703) to expressly prohibit the manufacture, sale, supply and use of the floating device, “changfans”, mostly used for illegal mining operations in the country.

Mr Jinapor said the government had launched a National Reclamation Programme to reclaim all degraded mined lands and return them to viable agricultural lands, add green cover and provide employment and income for local communities.

Mrs Cecilia Abena Dapaah, Minister for Sanitation and Water Resources, whose speech was read on her behalf during the conference, expressed the need for mining operations to be in line with the Sustainable Development Goals to ensure that future generations also benefited from the country’s mineral resources.

Professor Gabriel Ayum Teye, Vice-Chancellor of UDS, spoke about the contribution of the University to improving irrigation agriculture in the country, saying, WACWISA had been at the forefront of delivering the requisite training to stakeholders for improved agricultural production.

The UDS established WACWISA in 2019 as a semi-autonomous centre of excellence to undertake cutting-edge research and training in irrigation, drainage, water resources management, sustainable agriculture, climate change and food and nutrition security.