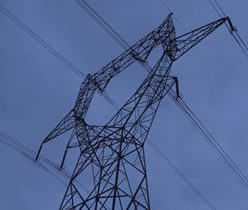 The Electricity Company of Ghana (ECG) has been criticised for supplying electricity to Chinese illegal miners in Tarkwa in the Western Region.

Mr Benito Owusu-Bio, the Deputy Minister of Lands and Natural Resources, has vowed to report the officials of the ECG involved in the illegal connection to the Energy Ministry for the law to deal with them.

“The ECG is supposed to investigate before supplying electricity to any individual or corporate entity and if the purpose for requesting for the power is illegal it could decide not to provide the power,” he explained.

Mr Owusu-Bio was interacting with the media when he led a taskforce to Efua Ata Kumponasi, opposite the Tarkwa Senior High School, to arrest 10 Chinese who were illegally mining in an abandoned mining tunnel.

The Deputy Minister said the Ministry would not give up on the fight against galamsey despite the tough time being given by some recalcitrant elements in the industry.

“We know there are some illegal miners who are recalcitrant…therefore we are not also giving up on the fight and the President has expressed deep commitment to this cause,” he said.

The Deputy Minister said the Chinese miners’ migration status would be investigated and also send them to court for prosecution.

“We know there are people who are saying the court processes delay but we’re not in a Kangaroo court so we have to allow the due processes to take place as the axe of justice grinds slowly,” he said.

“We all know the Aisha Huan, the Russian and the Ukrainian cases are still in court and so we’re sure justice would be served,” he noted.

The Chinese were mining in the tunnel with live wires connected along the walls of the tunnel so that anybody who tried to enter the pit would be electrocuted.

They had also installed secret cameras inside the tunnel, which enabled them to monitor activities outside.

The Deputy Minister led the taskforce to the place upon a tip-off, which is 300 meters away from the University of Mines and Technology, where he was taking part in a National Validation Workshop on the Multilateral Mining Integrated Project.

The Minerals and Mining Law does not permit foreigners to engage in small-scale mining.
However, some Ghanaians have secured licences and recruited foreigners to engage in galamsey, which had resulted in unbridled exploitation of the environment, for instance pollution of water bodies and degradation of vegetation and farmlands.