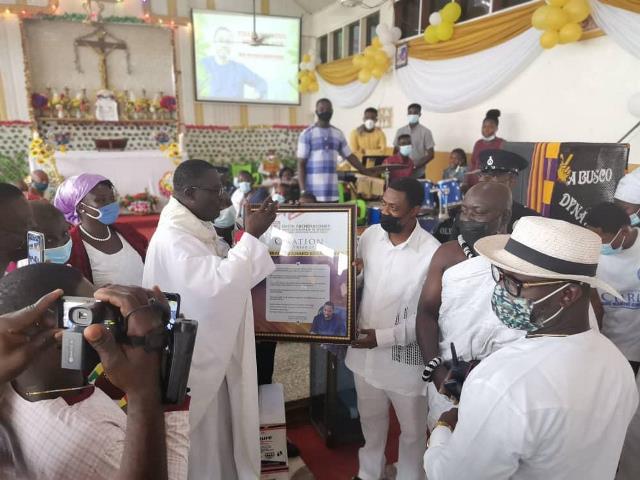 Mr Richard Ebbah Obeng, Western North Regional Minister, has urged the youth to lead exemplary lives to be useful to themselves and society.

He also asked them not to look down on themselves but be determined and work hard to support the progress and development of the Region and the country at large.

Mr Obeng gave the advice when the Western North Regional Coordinating Council held a thanksgiving service in his honour at St James Anglican Church in Enchi.

The Regional Minister pointed out that being morally upright and disciplined could lead to success in life.

He called for unity among political party leaders in the Region and appealed to traditional authorities to give him the needed support to help bring accelerated development to the area.

“I will need your support and prayers to succeed as Regional Minister, let’s all come together devoid of partisan politics to develop the Western North Region.”

Venerable Lawrence Donkor, Arch Deacon of St James Anglican Church, who gave the sermon, asked the new Regional Minister to set his goals on God since that was the only way he could succeed.

He also appealed to chiefs and opinion leaders to offer the Minister good counsel since ‘he is young and would need their support in the discharge of his duties.’

Venerable Donkor asked the Regional Minister to improve upon the bad road network in the Region.

The programme was attended by traditional authorities, the Regional Executive of the NPP, led by its chairman Mr Williams Benjamin Assuah, Constituency Executive and Municipal and District Chief Executives in the Region.