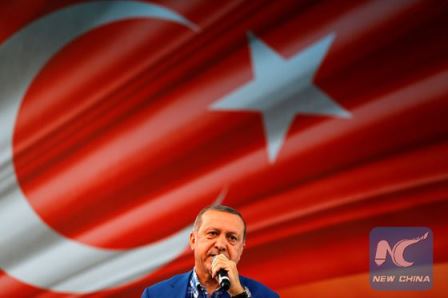 The German government has approved arms exports to Turkey worth 522 million euros (620 million dollars) to Turkey since 2002, according to a response from the Economics Ministry to a parliamentary query fielded by Sevim Dagdelen of Die Linke (The Left) party.

The goods in question can be used for the construction, arming or technical outfitting of warships, according to the paperwork, which dpa has seen.

According to the information, goods worth 128.8 million euros can be assigned unequivocally to submarines.
Such arms deliveries are now highly controversial because of the conflict between NATO partners Greece and Turkey over natural gas reserves in the eastern Mediterranean.

So far the German federal government has only prevented the export to Turkey of armaments that could be used in the Syrian war. However, the delivery of goods for the maritime sector continues to be approved.

The government of European Union partner Greece has called on Germany to extend the export ban to warships.

“Greece is threatened by German weapons in the hands of Turkey,” said Foreign Minister Nikos Dendias said in an interview published on Sunday in the German newspaper Welt am Sonntag. “Do not give Turkey something with which it can destabilize the entire eastern Mediterranean.”

This is a reference to the construction of six class 214 submarines, which are being assembled in Turkey with the major participation of the German firm ThyssenKrupp Marine Systems.

The submarine project is currently coming under increasing criticism because of the escalating conflict in the Mediterranean.

No AfCFTA Without Exports – Krapa To Member States