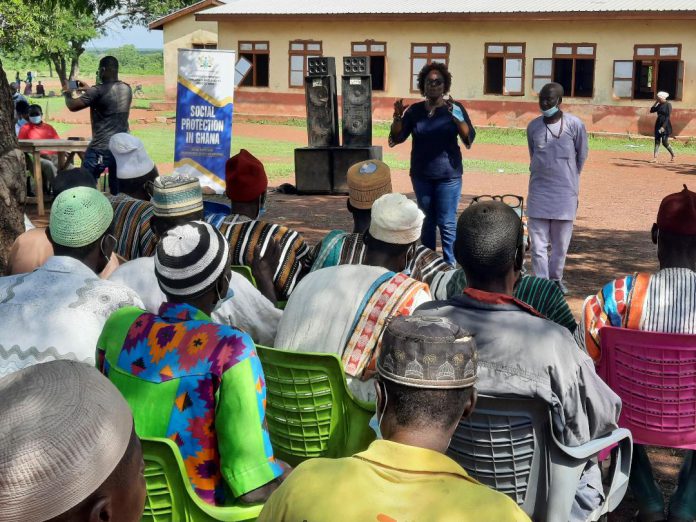 The Ministry of Gender, Children and Social Protection (MoGCSP) has embarked on social protection community dialogues series to mobilise support for the implementation of pro-poor initiatives in the country.

The social protection community dialogues series are also to create awareness and educate communities on social protection interventions implemented by the government and hear from them as to how best to protect women, children and the vulnerable in society.

This is in line with the Ghana Employment and Social Protection project, which is being funded by the European Union.

Dr Rita Owusu-Amankwah, Director for Social Protection at the MoGCSP, who spoke at fora on social protection at Kpatinga and Nasande communities in the Gushegu Municipality of the Northern Region, encouraged parents to enroll their children in school.

Similar fora were held in the East Mamprusi Municipality of the North East Region with communities in the Ashanti and Western North Regions expected to take their turn before the end of June.

Dr Owusu-Amankwah said “We have a number of social protection interventions in the country including; free education, health insurance, school feeding, capitation grant, Livelihood Empowerment Against Poverty. Take advantage of them and enroll your children in school. We have seen so many children not being sent to school even though school is free.”

On human rights and protection citing the killing, last year, of the 90 year-old Madam Denta at Kafaba in the East Gonja Municipality of the Savannah Region saying “we do not want it to happen again” entreating chiefs and opinion leaders in the communities to let old women and the vulnerable live in peace.

Dr Charles Kessey, Director, Research, Statistics and Information Management at the Office of the Head of Local Government Service advised them to report through district offices any challenges on the implementation of social protection interventions for resolution.

Some community members lauded the dialogue series saying they were enlightened about the social protection initiatives and how they could access them as well as protect the rights of the vulnerable.

Chief Sibdoo Dalabra, Chief of Bunduli, who attended the dialogue at Nasande, complained that some teachers in their communities had made it a habit to sexually harass their daughters whenever they went to school calling for measures to stop the practice.