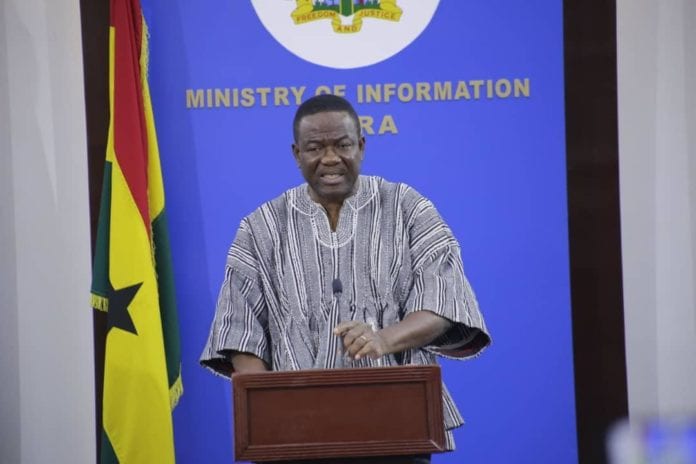 We submit here the full statement as issued by the Ministry of Chieftaincy and Religious Affairs, on Friday, in re
action to media reports on the Minister’s position on the requests to Government to consider building a national shrine.

The attention of the Ministry of Chieftaincy and Religious Affairs has been drawn to news making the rounds on Social Media and some traditional media platforms with the above heading. The Ministry wishes to respond and state as follows;

1. That the heading “Government Considering Building a National Shrine” is misleading and a gross misrepresentation of the facts as put out by the Hon. Minister during his engagement with the media on Wednesday November 20. 2019.

2. That the Hon. Minister’s prepared presentation offered justification and also an update on the National Cathedral Project and did not speak about a National Shrine

3. That in response to a question from a journalist about Government’s reaction to reported requests from some traditionalists for a place of worship, the Hon. Minister informed that such a request had been made but that the Government had NOT taken a decision on the matter of a national shrine.

The Minister in the spirit of acknowledging the various faiths practiced in Ghana, however assured that the matter will receive consideration.

The Ministry rejects strongly the mischievous and warped interpretation captured in the misleading heading by sections of the media. Consideration of a request cannot and does not imply that there is decision or desire on the matter. It only means that merits or demerits of the request are being examined.

We hope that this rejoinder shall be given the same prominence as the earlier story”.