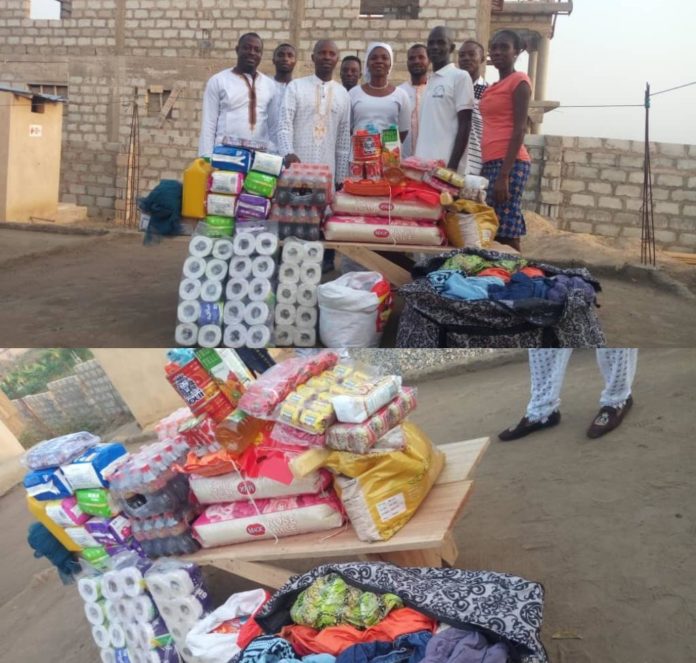 The Messiah Our Souls Shepherd Ministry, a church based in Kasoa-Kpormutey in the Central Region, has donated assorted items to children with cerebral palsy through the ‘Givers Never Lack Foundation.’

The Givers Never Lack Foundation is a Non-Governmental and not-for-profit organisation advocating the welfare of persons with special needs, especially children with cerebral palsy, and offers them financial, psychological, and social support.

Prophet Moses Quaye, the General Overseer of the Church, said many a time children with cerebral palsy were tagged as “children given away by water goddesses, a name which led to their stigmatisation in the society.”

This made them underserved and less-privileged in society, he said, and that touched the hearts of members of the church to put a smile on their faces.

He said it was unfortunate some members of the public stigmatised persons with cerebral palsy as they also had potentials and not the least of human beings.

Prophet Quaye encouraged churches to redirect their focus on marginalised people in society as that was a true way to serve
God.

He gave an assurance that the Church would support the Foundation, whenever it had funds, to put up a building to house such children to give them better care.

He advised women to desist from self-medication while pregnant to avoid putting the foetuses’ lives in danger.

Mr Edward Amankwah, the Founder of the Givers Never Lack, expressed gratitude to the Church for recognising the plight of the children and remembering them in the New Year.

He said persons with cerebral palsy and their families faced financial challenges and stigmatisation, which were threats to their welfare and progress.

“As a father of a son with the disorder I can say it is not easy at all, in the midst of stigmatisation, rejections, financial problems, and name calling. But with benevolent and caring people and groups like the Messiah Church, we are able to withstand a lot of these challenges,” he said.