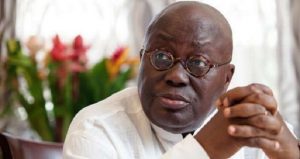 The Minority Caucus in Parliament has asked President Nana Addo Dankwa Akufo- Addo to tell Ghanaians whether his administration would use proceeds from the Heritage Fund to fund the proposed free Senior High School (SHS) education.

“The Minority wants him to tell Ghanaians whether his government will use or not use the Heritage Fund for the SHS education,” the Minority Caucus of the National Democratic Congress (NDC) said in a press release, issued in Accra on Friday.

The release, signed by Mr James Klutse Avedzi, the Deputy Minority Leader, is in reaction to statements from “top two Ministers” regarding the use of yield from the Heritage Fund in financing the proposed free SHS education expected to take off next September.

The release said Mr Yaw Osafo Maafo, the Senior Minister, earlier this week, “said on authority that Government of the NPP will use the Heritage Fund established under section 10 of the Petroleum Revenue Management Act of 2011 Act 815 to fund their campaign promise of free Senior High Secondary education.”

Following that report, the Minority in Parliament, on Thursday, February 16, 2017, organised a press conference, and protested against the proposal.

Moments after the Minority’s press conference, Mr Avedzi said the Finance Ministry granted a media interview to indicate that “government will not use the Heritage Fund under the Petroleum Revenue Management Act to fund the SHS education promised by the NPP.”

The Deputy Minority Leader observed that the statements of the two Ministers clearly showed that “there is confusion in the new administration” as to how its campaign promises would be funded.

“It is therefore not clear which of these two top ministers of the NPP Government is speaking the truth,’ the Minority said, adding that the Minority had warned of role conflict of some ministers at their vetting, and the conflict is now evident.”