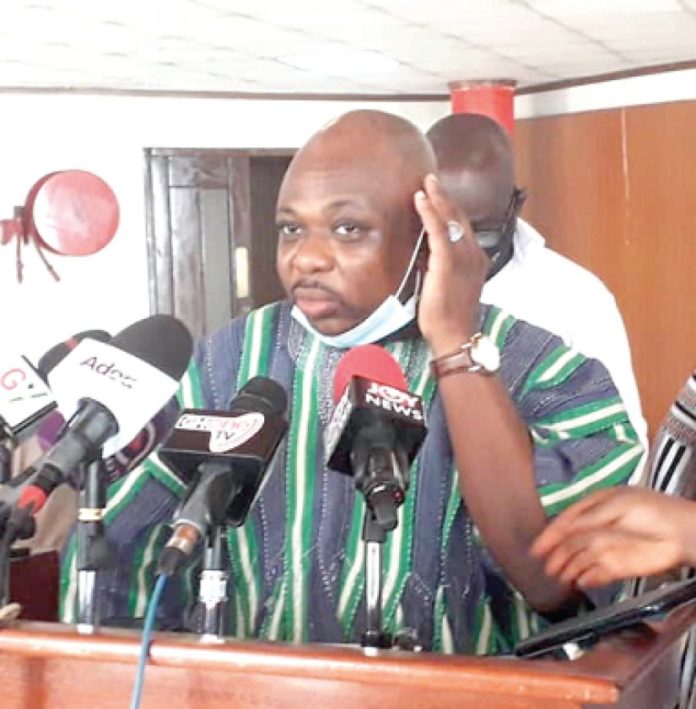 The Minority National Democratic Congress (NDC) Caucus in Parliament on Friday accused Government of deploying military personnel along the country’s borders in the Volta, Oti and the Northern Regions, to intimidate supporters the NDC from registering in the upcoming EC’s voter registration exercise.

The NDC Caucus was emphatic that there is a scheme by government to intimidate teeming supporters in NDC strongholds.
Mr James Agalga, Ranking Member of the Defence and Interior Committee, made the call at a press conference in Parliament House, in Accra.

He expressed strong fears that the massive deployment would affect negatively the EC’s compilation of the new voters’ registration exercise going to commerce in a few days.

The EC has scheduled June 30, 2020 for the exercise to commence.“Without any provocation whatsoever, the State has decided to deploy military personnel platforms along our frontiers which happened to be the strongholds of the opposition NDC,” he said.

He said the Minority believes there is a certain scheme designed by government to intimidate their teeming supporters from coming out in their numbers to register.

“So as a minority in Parliament we wish to bring to the attention of all well-wishers of our country and all peace-loving Ghanaians that this recent wave of deployment of military assets and personnel along the borders in the Volta, Oti and the northern regions is uncalled for,” Mr Agalga said.

According to the Ranking Member, Ghanaians were aware that the country’s borders, in the wake of the COVID-19 pandemic were shut down.

Another deployment on the northern frontiers in the wake of terrorist threats in Burkina Faso and other neighbouring countries is to achieve nothing other than intimidating people in the Volta Region which known to be the stronghold of the NDC.

“Why do you want to deploy heavy military presence, many people are scared of the military? Is there any external aggression from our neighbouring countries or what,” Mr Agalga queried?